The Teenage Mutant Ninja Turtles are returning to theaters and so is Megan Fox. The actress has reunited with Michael Bay for a live-action reboot. 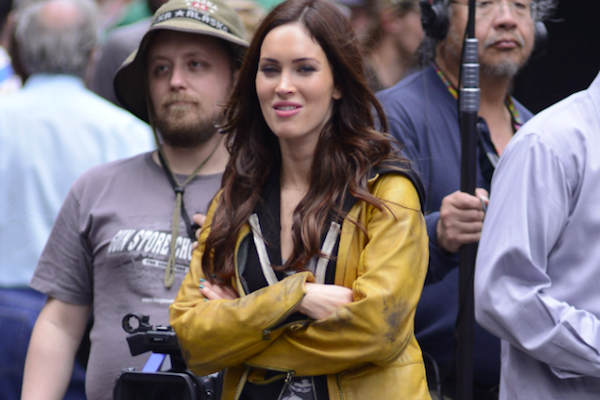 Megan Fox is being thrust back into the spotlight. In 2007, she achieved international success when she appeared in Michael Bay’s Transformers. She went on to star in its sequel, Revenge of the Fallen, as well as the horror film, Jennifer’s Body, and the comic book movie, Jonah Hex.

Recently, Fox’s career has taken a backseat to her personal life. At just 27 years old, the brunette bombshell is a wife (to actor Brian Austin Green) and a mother to two sons (Noah and Bodhi). After a much-needed break, Fox is back to where it all began: She’s collaborated with Bay on the live-action adaptation, Teenage Mutant Ninja Turtles.

Fox plays the iconic April O’Neil, who’s typically portrayed as a redhead. The film centers on the origin story of the Turtles: Leonardo, Raphael, Donatello and Michelangelo. The film’s based on the comic book that debuted in 1984. Since then, it’s been adapted into multiple TV shows and films, both live-action and animated.

What do you think of Fox as the new April O’Neil?