Ashlee Simpson is engaged to Evan Ross and the couple threw a beautiful bash last night to celebrate their impending nuptials. 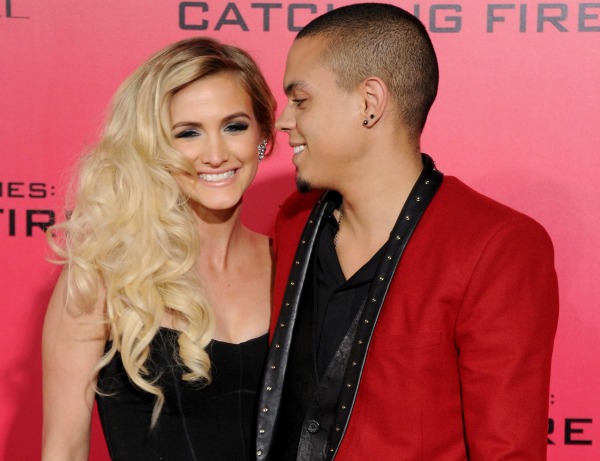 Ashlee Simpson and Evan Ross are soon to be newlyweds, and last night they were flanked by their nearest and dearest to celebrate their love. Today, they’re spreading the joy and showing off photos of the party on social media.

Simpson, who wore a flowing tunic and a 1920s-inspired feathered headpiece, posted this adorable photo of herself cozying up to her husband-to-be.

Sister Jessica Simpson was at the soiree, of course, and was looking happy (and hot… thanks, Weight Watchers). She’s certainly having no problem rocking the tight, white ensemble again.

Jessica must be in love with the frock she wore last night — she posted a photo with some gal pals just five days ago sporting the same one.

Ross, who is the 25-year-old son of none other than Diana Ross, has been very vocal about his love for the younger Simpson sister. He posted some PDA-filled photos, and his sisters look both delighted and slightly uncomfortable.

The couple has been dating just a little less than a year and they went public with their romance last August. Just a short time later, Ross introduced Simpson to his famous mama. Ross, who is known for his acting work on The Hunger Games: Mockingjay, also took to Twitter to announce their engagement in January, while the two were vacationing in Hawaii.

“I’m so in love and we’ve got amazing things going on,” Ross said at The Hunger Games: Catching Fire premiere with Simpson on his arm. “And we inspire each other,” he added. Awwwww!

This will be the second marriage for Simpson, who filed for divorce from rocker Pete Wentz back in February of 2011. The two share a 5-year-old son, Bronx.