L’Wren Scott left her $9 million estate to her longtime boyfriend Mick Jagger, debunking rumors she was broke prior to ending her own life. 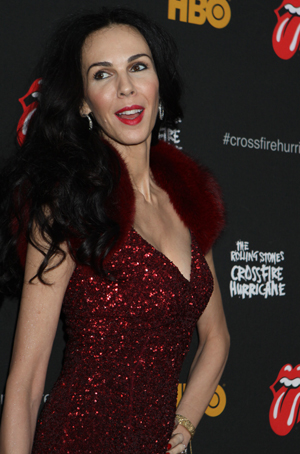 Ending the rumors that she was broke when she took her own life last week, L’Wren Scott left her estate, worth $9 million, to her love of 13 years, Mick Jagger.

In her will, Scott left her fortune to Jagger and stated that she has no children and was not married at the time of her death. Leaving it all to Jagger further testified how deep her love for the famous rocker really went, E! News reported.

“I give all my jewelry, clothing, household furniture and furnishings, personal automobiles, and other tangible articles of a personal nature or my interest in any such property, not otherwise specifically disposed of by this will or any other matter together with my insurance on the property, to Michael Philip Jagger,” Scott’s filing stated. “I give the rest and residue of my estate to my Michael Philip Jagger.”

Apparently, Scott’s biggest asset was her Chelsea condo, which is valued at $8 million. Incidentally, the costly residence is where the celebrity designer put an end to her life by hanging herself with a scarf, the New York Daily News revealed.

Scott was laid to rest on Tuesday in a private funeral service in Los Angeles that was attended by friends and family. Jagger gave a heartfelt eulogy to his late partner, as did several others, including her brother and her close friend Ellen Barkin.

“I am still struggling to understand how my lover and best friend could end her life in this tragic way. We spent many wonderful years together and had made a great life for ourselves,” Jagger wrote. “She had great presence and her talent was much admired, not least by me.”