David Archuleta has been in Chile for the past two years serving his church, and is back and ready to make music. 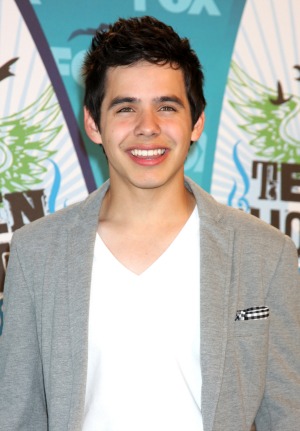 David Archuleta disappeared from the spotlight two years ago, but is now announcing his return. The American Idol singer made the biggest decision of his life when he chose his religion over his career and decided to go on his Mormon mission.

David Archuleta is on a mission with a new album >>

“It’s not because someone told me that I’m supposed to do it, and not because I no longer want to do music, but because it’s the feeling that I’ve felt I need to do this with my life,” Archuleta revealed during his announcement to serve his church and put his career on hold.

The singer was only 16 when he came in second place on the seventh season of American Idol, and has since released three albums. In 2010, Archuleta performed with the Mormon Tabernacle Choir, giving one of the first insights into his devotion to his church.

While in Chile for his mission, Archuleta didn’t let his voice go to waste. According to The Daily Mail, he performed in the missionary choir at the Missionary Training Center in Santiago, and even performed in two Christmas productions at the Santiago Chile Temple while in the country.

The 23-year-old is now back from that mission, wiser and two years older, and is ready to restart his career. He posted a short video on YouTube titled “Words we have been waiting for…..”. The video announced his return with the message, “Hola, everyone! It’s Elder Archuleta here. And I’m home. I’m home.”

Archuleta grew up in Murray, Utah, but always vowed to return to music. He has been working on new material while on his mission, so expect to hear from him very soon.