The Today Show host Al Roker interrogates The Blacklist star Ryan Eggold about Tom Keen’s secrets, the truth about Lizzie and even his underwear. We might find out a little more about the sexy star than we wanted to know. 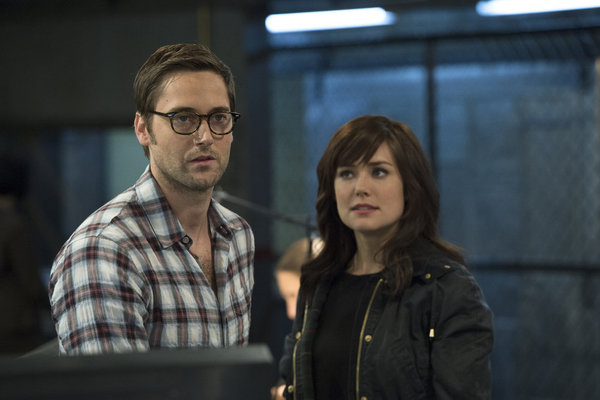 Tom Keen’s secrets go deep on The Blacklist. He isn’t just a supportive husband and a reliable 4th-grade teacher. He is a secret agent, buried in lies, who has been assigned to target Lizzie. How many more dirty little secrets does Tom have? In a recent interview with The Blacklist star Ryan Eggold, Today host Al Roker was determined to find out.

Eggold proved he had a sense of humor as he sat around with the Today bunch and playfully threatened, “Don’t give me the wrong look. I’ve been training.” Eggold explained he did know his character’s story line was going to go in this direction, but it’s still “taking shape” and he doesn’t know exactly how the story will unfold.

During the interview Eggold also revealed he is slightly concerned — as he should be — about his character being killed off. As Roker pointed out, “This is a show that is not afraid to kill people off,” so Eggold isn’t getting too comfortable. But, he does feel like there’s a lot left for his character, Tom, to do, and even pointed to a major cliff-hanger at the end of the season.

Before Roker entered the “interrogation phase” of the interview he asked Eggold a hard-hitting question. “What’s one thing we don’t know about you?” Eggold’s response? A teasing, “Goodness. I’m wearing women’s underwear.” Is he as good a liar as Tom Keen or was there some truth to that statement?

The best part of the interview was when Roker had the lights dimmed, shined a flashlight into Eggold’s eyes and fired off a series of intense questions. “Who is Tom Keen? Does Tom love Lizzy? Who does Tom work for? Are Tom’s glasses even prescription?”

Eggold played along like a champ, refusing to answer any of the host’s probing questions. Finally, he burst out in laughter and admitted one serious secret of his own: Ryan Eggold cannot whistle. And there you have it, folks. The secret is out.

You can catch more of Eggold and the secretive Blacklist Monday nights on NBC.