We’ve joked about it, dreamed about it, said quiet prayers for it — but could six seasons and a movie be a reality? 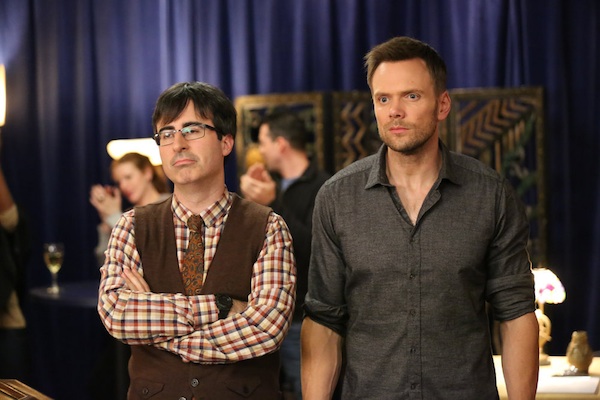 Community fans are loyal lifers who have chanted the quirky show’s praises even when no one was listening. They are the reason, when NBC tried to shelve the show (on more than one occasion) it was brought back to life and has managed to stay a staple of the Thursday night lineup. Will they be rewarded with a movie for their faithfulness?

Community Season 5: Everything you need to know >>

“Six seasons and a movie,” was originally a joke mentioned by Abed (Danny Pudi) in Season 2. Now, it appears that simple joke is on its way to becoming a reality. In fact, there are already talks that a director is being considered: Justin Lin. Lin may have directed the last four Fast & Furious films, but he also knows what Community fans want. He’s had some practice with the Greendale bunch directing several episodes for the show already.

The whispers of a movie have been growing because Sony and NBC are rather confident that Community will get a 13-episode final season. NBC Universal TV is a co-producer for the show, but even if they were to cancel the witty comedy, Sony Pictures TV would likely shop it around. Perhaps we’d see an Arrested Development situation where Netflix or Hulu picks up the final season.

Fans aren’t the only ones excited about a movie possibility. Creator Dan Harmon has spoken out recently, saying, “If a movie has to be made out of clay and duct tape in my basement, then that’s how the movie will be made, because there has to be closure.”

And closure may be more important than ever, considering how Season 5 is supposed to end. Apparently the finale will be a major cliff-hanger where the entire cast’s lives could change forever. Fans will want answers.

Spin-off movies haven’t been very successful, most having a hard time simply getting off the ground. But with Community’s loyal and vocal fan base, the relentless Dan Harmon and a talented director attached we may just see the fulfillment of the “six seasons and movie” prophecy.