Mary-Kate and Ashley Olsen are among many who want to know where Jay Ott has gone. Via Twitter, the pair is helping spread the word about the missing designer. 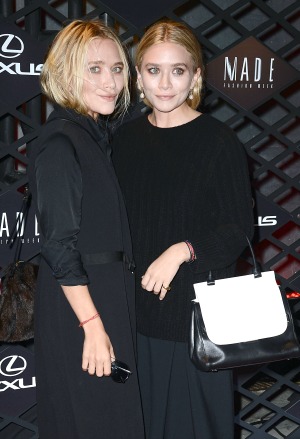 Elizabeth and James, Mary-Kate and Ashley Olsen‘s fashion label, has reached out to their Twitter followers to spread the word about missing designer, James “Jay” Ott.

The 31-year-old, who goes by both James and Jay, has not been seen since Saturday, March 22, at his home in the Brooklyn neighborhood of Bushwick. He was last seen around 9:30 p.m., according to the New York Post.

Elizabeth Olsen has a favorite sister, and it’s not Mary-Kate >>

Friends and coworkers of the 6-foot-2-inch designer, who is known to have suffered from anxiety, began to worry when he failed to show up for work at The Dock Group on Monday.

“Jay’s family and friends are extremely concerned and anxious to receive any word regarding Jay’s health and safety,” a message on a Facebook page created to raise awareness about the designer’s disappearance reads. “His health and safety are our primary concern.

“If he is seeking help and confidentiality is a concern, we understand, but we would love to hear that he is safe.”

The Olsen twins, who worked with Ott on their high-end The Row line, appear to be doing their part to spread the word. Check out the tweet sent from their Elizabeth and James line’s account Wednesday:

The Olsen twins scoff at their haters >>

Below, check out a video StyleLikeU filmed of Ott in 2009: