Joan Rivers was on The Howard Stern Show yesterday, and she had some pretty bold statements to make about the state of Lena Dunham’s fitness. But was she speaking out of concern or was she just being mean? 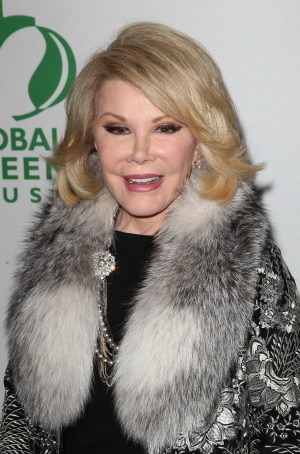 Everyone knows that Joan Rivers is notorious for being blatant about how celebrities look and dress, and her appearance on The Howard Stern Show yesterday was no departure from her reputation. Rivers had some pretty harsh things to say about Girls star, Lena Dunham, and Dunham had an unlikely ally in Howard Stern himself.

Joan Rivers and Johnny Carson? Details on their hot “bounce” >>

Rivers slammed Dunham for setting a poor example for other American women, saying that it’s unhealthy to be overweight. She also brought up the provocative attire and nudity that Dunham has become known for. While it seemed that Rivers was shaming Dunham, Stern was quick to come to the younger actress’s rescue.

“Lena Dunham, who I think is, again, terrific… how can she wear dresses above the knee?” asked Rivers.

“Well, I think the thing we love about her, is that she doesn’t give a s***,” replied Stern in Dunham’s defense. “She did a whole episode in a bikini, and it was the funniest f***ing thing I ever saw.”

“I don’t think she’s sending a message to anyone other than ‘I’m gonna make you laugh,’ and then she makes us laugh,” said Stern.

Stern, who not so long ago referred to Dunham as a “little fat chick,” is certainly an unlikely candidate to speak up on her behalf, considering the history of his show. Stern has been known to host segments where he would publicly judge and shame women’s bodies in his studio.

Stern isn’t the first celeb to take issue with the Fashion Police host. Jennifer Lawrence is publicly anti-body-shaming, and has called out Rivers’ show by name. “Shows like Fashion Police that are just showing these generations of young people to judge people, and that it’s OK to point at people and call them ugly or fat,” said Lawrence.

Rivers was also booed by David Letterman’s audience when she made a fat joke about Adele on his show.

And, as for Dunham, we hope that her body confidence continues and criticism, such as that coming from Rivers, is not part of the reason she recently announced she would like to step back from acting.

Check out the interview below. Warning: very explicit language. Not for the kiddos.