Fox pulled a fast one on 12 American women while they were in England and competing for the chance to marry who they thought was none other than Prince Harry. 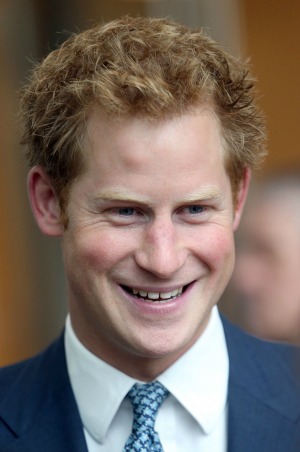 This time around, the women were swept away to beautiful Englefield House in Berkshire under the guise they were competing in a Bachelor-style competition to win the affections of Prince Harry. The catch? The young man they are attempting to woo is a commoner by the name of Matthew Hicks, who bears just the slightest resemblance to the royal redhead.

The official description of the show is: “Summer love is in the air, as an average English ‘Bloke’ is given the royal treatment and an upper crust makeover before meeting 12 single American women searching for Prince Charming. Will he be able to convince them he’s regal? And if he does, will they fall for the crown, or fall in love with the real him? Join ‘Harry’ as he courts each of the ladies, taking them on romantic dates worthy of a princess and trying to make some version of their fairytales come true.”

The man posing as Harry surely had his work cut out for himself posing as a royal, but perhaps the 12 hopefuls were willing to overlook the not-so-princely mannerisms considering the younger brother of Prince William has been considering marriage as of late. And let’s face it, it would be hard to get worse reviews than the most recent Bachelor, Juan Pablo Galavis.

The premise of the show is pretty funny, and if Prince Harry didn’t seem to be settling down with long-time girlfriend, Cressida Bonas, we’re pretty sure he would have been game to participate in the show himself. There have been rumors in the past linking him to everyone from Cameron Diaz to his sister-in-law, Pippa Middleton. And we all know how he likes to party in Vegas.

Would you watch the royal farce reality show?