One television star is finding himself in a heap of trouble. Scandal star Columbus Short might want to get Olivia Pope on the case. 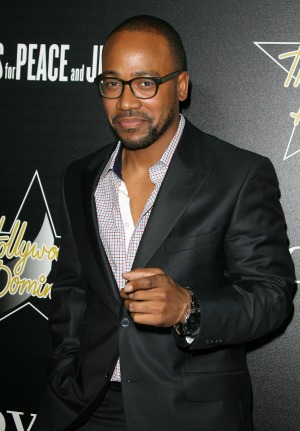 It looks like one Scandal star has found himself in his own real-life scandal. Columbus Short has a warrant out for his arrest stemming from a March 15 bar fight in Los Angeles.

According to TMZ, the ABC star allegedly punched a guest at an engagement party after the man exchanged words with the actor. The victim was knocked unconscious for several minutes and suffered from a broken nose.

A source reported to the gossip site that the man said to Short, “You might be richer than me but I get my girls to buy me everything I want, including your wife.”

The warrant is for one count of felony-aggravated battery because the victim’s injuries were considered serious. If Short is convicted he faces a maximum sentence of four years in state prison.

This isn’t the first time Short has found his temper to get the best of him. He was involved in a fight in March 2010 during a basketball game at an LA Fitness facility. He wound up punching the man in the face and knocked out some of his teeth.

Short plays Harrison Wright on the drama, currently in its third season on ABC. There has been no comment from the actor or the network regarding the matter.