Allie LeClair has been gone for 10 years when she returns to her hometown of New Orleans with submissive sex on her mind. 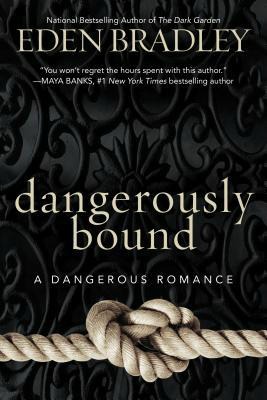 Allie and Mick were high-school sweethearts, and back then, he wasn’t comfortable with his dark side. They had sex once when Allie was 20, and he did not unleash the beast. Now, he’s all about it. He’s a famous regular at the New Orleans club, The Bastille, and he teaches bondage workshops worldwide.

With Allie back in New Orleans, things get complicated. She is the newest member at The Bastille, which makes Mick nervous. Even worse: She wants him to be her new dom and she will not take no for an answer.

New Orleans is a perfect setting for a dom/sub setup, but I was disappointed with the lack of description. I almost wonder if author Eden Bradley has been there. Bradley — who is no stranger to writing erotica — also skimps on the foreplay. Within the first few pages, both lead characters have masturbated and yet the actual scenes of them together feel lacking.

Granted, the conflict is good. Mick has hid his true demon from Allie all their lives, and now, she has invited the demon to come out and play. Can they retain a healthy dom/sub relationship without feelings getting in the way?

Unfortunately, the characters are somewhat flat. Mick is the basic bad boy control freak who wears leather, and Allie is an emotional female groping for a lost past. Dangerously Bound is a stand-alone, but a sequel is on the way in 2015. The kink was fun and the emotional conflict realistic, but I’m not sure I’m tied to this love story.