The Backstreet Boys and the Spice Girls were two of the biggest groups of the 1990s and it looks like they are looking to go down memory lane. 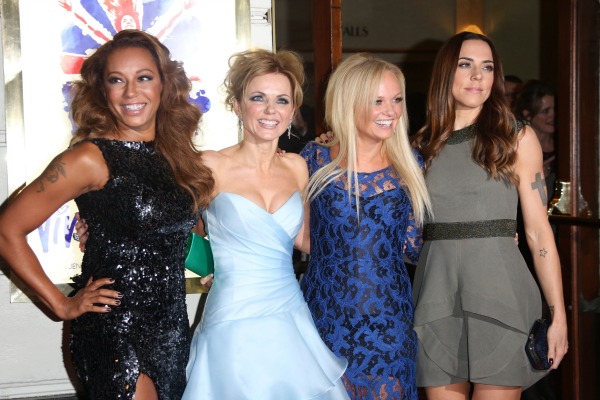 Teens from the ’90s are about to get the greatest gift of all time: The Backstreet Boys may be going on tour with the Spice Girls.

BSB’s Brian Littrell reportedly told U.K. paper The Sun that the Backstreet Boys are thinking about going on the road with their female counterparts.

“We are actually in early talks about maybe doing a world tour together with the Spice Girls,” Littrell explained, according to MTV UK.

The Spice Girls reunited back in 2007 for a short tour, and also performed during the closing ceremony of the 2012 London Olympics.

But just because the two bands may be on the road, it doesn’t mean they will have all their parts with them. Posh Spice Victoria Beckham, who has presumably gone on to bigger and better things, has already ruled out any possibility of touring with the Spice Girls in the future.

“I won’t ever do it again. Doing the Olympics was an incredible honour,” Beckham recently told Vanity Fair Italy. “I was so proud to do it; proud to be British. That was a perfect time to say, ‘That’s great. Thank you to everybody, but no more.’ Sometimes you’ve got to know when it’s time to leave the party.”

2016 will mark the 20th anniversary of the Spice Girls’ Wannabe, and it may be a good chance for the girls to do something big. There have been talks of another reunion tour, and the other four girls seem ready and willing.

The Backstreet Boys’ self-titled album came out in 1997, and they have toured on and off over the years, and, as of now, it doesn’t look like anyone has turned down any offers.

Tell us — will you be first in line for a Spice Girls/BSB tour?