He promises it wasn’t a publicity stunt. Judge Joe Brown speaks about his arrest on Monday and why it happened. 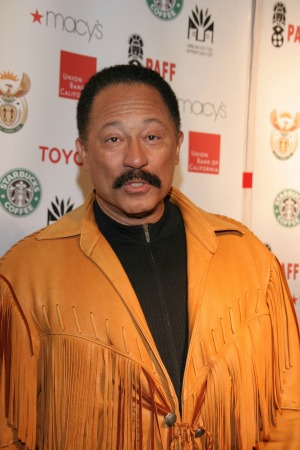 After Monday’s arrest in another judge’s courtroom, Judge Joe Brown is speaking about his contempt of court charges. Brown spoke with ABC News about his time in a Memphis, Tennessee, jail.

He told the network, “I always used to be a hot shot about protecting people’s rights. I was not happy to have my liberty detained even for 30 seconds. That’s precious. It’s not about the conditions of incarceration, it’s about the loss of liberty.”

The 67-year-old was only there to observe juvenile court, but he got involved after a woman asked him to look at her child support case. He agreed and that’s when things began to go downhill in that courtroom.

Believing that the case was only happening so the opposing lawyer could get paid, Brown spoke up in court.

He shared, “I almost felt nauseated looking at it. When I insisted that the woman’s charges be dismissed. He started talking about, I’m not an attorney so-and-so… I said, ‘You know it’s wrong… you’re better than this.'”

As a result of his outspokenness, Brown was given five days in jail for being in contempt of court. There is a hearing set for April 4 in criminal court.

His five hours in jail weren’t too bad, though. Brown explained, “I shook hands and took pictures with all of the staff down there, the deputy jailers and shook hands with inmates.”

He was also advised not to eat the bad prison meal that he was offered.

Brown, who is currently running for political office, promises his day in court was not a publicity stunt.

He claimed, “If it was a stunt, I am a master at doing it. I just happened to by chance run into a woman in need. That’s one hell of a thing to be able to pull off. Considering my ratings and the fact that I’ve been coming into the homes of just about everybody with a TV set in Shelby County for about 15 years, what was there to promote? Everybody knows who I am.”

The judge has spoken.