It feels like 1995 all over again. Sean Combs has gone back to the name that made him famous. 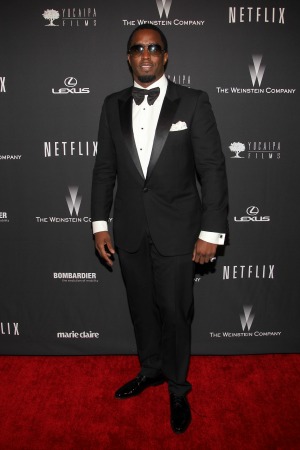 Jennifer Lopez still calls him Puff Daddy, so why not go back to the moniker that made him famous? According to Radio.com, Sean Combs has decided to return to his roots with his former name, Puff Daddy, for his upcoming album MMM.

For fans who have followed the rapper’s career, he has worked under many different names, from Puffy to P. Diddy and Diddy. This will be Combs’ first album in four years.

Music lovers can expect his first single “Big Homie” to drop on Monday, March 31. The tune also features the work of Rick Ross and French Montana. Montana posted a video clip two months ago of a single from the upcoming album.

The “Bad Boy for Life” singer also released a trailer for the single that will drop next week. It features a lot of ’90s throwback images, including Combs’ signature fur and shades. It feels like the 1995 East Coast rap scene all over again.

He was a major part of the emergence of the New York hip-hop scene in the ’90s when he formed Bad Boy Records. His place in the feud between East Coast versus West Coast rap was sealed when his good friend, Notorious B.I.G., was killed in 1997. His memorial single, “I’ll Be Missing You,” became an anthem to end the deadly rivalry.

JLo forced to choose between exes Ben Affleck and Diddy >>

There isn’t a scheduled release date for the full MMM album, but fans are already clamoring for Combs’ latest single. Welcome back, Puff Daddy!

Watch the trailer for “Big Homie.”