The CW is giving classic sci-fi a young adult twist with its new show, The 100. If you aren’t watching it yet, you should be. 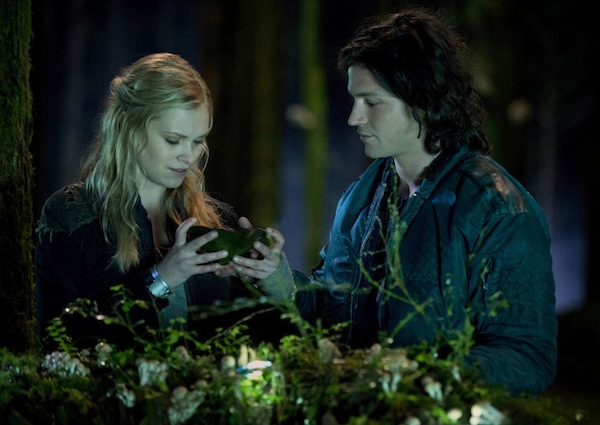 The 100 is off to a promising start that has us itching to see where the series will take us. After the season premiere last week, the show swept us off our feet with well-written dialogue and a premise that doesn’t feel phony. Call us sold. Here’s why we think the show will continue to be a success.

There’s a little bit of that Hunger Games survival-of-the-fittest attitude in The 100, but add in an unknown world plagued by radiation, and these kids go from starting a new colony to discovering a new world.

Someone we thought was going to play out as a main character in the series has already been killed. Octavia even had a scary run-in with an underwater monster. The show didn’t waste time getting to the drama and it isn’t showing any signs of letting up.

Since all the kids are technically criminals, there’s a sense of unpredictability in the people we’re introduced to throughout the pilot. There aren’t “bad guys” or “good guys” in the typical sense, which lends itself well to character development we hope the show provides.

4. Lord of the Flies meets Zenon

Zetus Lapetus is not in the vocabulary of these kids, though the idea of a space colony does feel very Disney movie-esque. This show, however, seems to focus much more on the politics of the new world. We’re about to discover what happens when previously-caged teenagers are released on a new world, prime for the taking.

This is one of those settings that you wish you had been the one to think of first. It’s so unique — the idea of an abandoned, radioactive planet that humans are returning to after nearly a century. The possibilities of what the kids will discover is endless.

Want to get updates about The 100 sent directly to your email inbox? Sign up for our SheKnows newsletters >>

Young adult is taking over the entertainment marketplace. From movies to books and TV, these story lines are cropping up left and right. The 100 doesn’t feel like a repeat of something we’ve seen before.

And not just the actors. The cinematography in the film is beautiful. Television has been upping its game lately, making it look more theatrical. You’ll feel like you could be sitting in a movie theater while watching this show, granted your television is large enough.

8. No romantic fluff… yet

The show doesn’t add in any fluff about finding happiness and true love. At least, not yet. But romance doesn’t seem high on the radar when death is constantly on the line. Though we love a good love story, we also appreciate a show that doesn’t use it as their go-to story line.

9. It doesn’t feel too young

The show has a smart premise that caters to a teenage audience, but also easily crosses over into a more adult market. The dialogue doesn’t make you roll your eyes unless it’s intentional.

10. No damsels in distress

These girls aren’t cowering in fear or taking “no” for an answer. While Clarke takes on the role of the misunderstood-yet-valiant girl, Octavia is a bit more reckless with an attitude. Still, we have a suspicion that their bravery in tough situations, paired with the natural way they take charge, might lead to an unexpected understanding, if not friendship, down the road.