Jeff Goldblum popped up on Reddit for an Ask Me Anything session and gave some very funny answers. 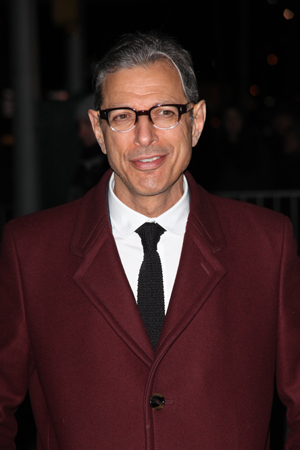 Stopping in for a Reddit AMA, Jeff Goldblum gave some hilarious answers to all types of fan questions earlier this week.

The Jurassic Park actor offered his time and wit for a funny Ask Me Anything session on Reddit in which he gave answers on things like cavities and wanting to be split with a dolphin.

“Ask me anything,” Goldblum said in his introduction. “I’m an open-faced sandwich.”

The first question was from someone who wanted Goldblum to share something that might be surprising to his fans. “Hahaha. Surprising. Hmmmm. I’ve never had a cavity or a filling. See? You’re surprised,” he said, actually prompting another commenter to admit he was “genuinely surprised,” by this.

Another user wanted to know what Goldblum would choose if he could splice his DNA with another organism and what his name would be.

“Let’s see. Off the top of my head, I’d splice myself with a dolphin,” Goldblum joked. “And my name would be Surf Goldblum.”

Goldblum also revealed what books he likes best — The Great Gatsby, Catcher in the Rye, One Hundred Years of Solitude, American Pastoral and The Power of Now — plus, he said he often gets confused with Bowser from Sha Na Na.

The 62-year-old Pennsylvania native also spoke about the best advice he was ever given, saying he was told to live his days to the fullest and contribute to the community. He was also advised to “do the opposite of what the opposite” of what The Wolf of Wall Street does.

“Do something worthwhile and substantial,” Goldblum said. “Not with any sales technique or baloney on top of it, and give it as much as you can.”

As for being asked about his favorite kind of sandwich, Goldblum was all over it.

“Ooooooooh. SANDWICH. OH MY GOSH,” he wrote. “Oh my gosh. I love sandwiches. When I was a kid, every day I had a bacon lettuce tomato sandwich. Then at some point I switched to tuna fish sandwiches. Then turkey and swiss with russian dressing. Now I try to stay in the healthier vein, but I love every moment of my sandwich life.”