David Cassidy’s life has been filled with drama in the past few years. He’s had several DUIs, and his wife of 23 years recently filed for a divorce. Can the star get his life back in order? 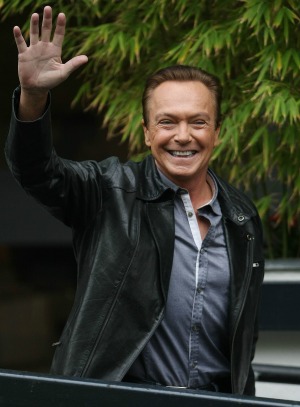 David Cassidy has clearly been having a tough time lately and is struggling with a few issues because the The Partridge Family star recently found himself in trouble with the law — again.

The “Daydreamer” singer is now off to rehab after a judge decided that, after his third DUI arrest, it was time to put an end to all the craziness. And Cassidy will now be enrolled in a 90-day, live-in rehab facility for alcohol abuse.

According to TMZ, Cassidy received a DUI in Los Angeles, California, in January, making this his third DUI in just four years.

The former teen idol appeared in court on Monday and pleaded no contest to his charges. The judge then ordered him to complete a nine-month alcohol program, and he will remain on probation for five more years.

According to the website, Cassidy’s representative revealed that the 63-year-old star was already enrolled in a rehab facility at the time of his sentencing and has already served 102 days, which the judge will give him credit for.

“David is very committed to his sobriety,” his rep said.

And to make things worse for Cassidy, his wife of 23 years, Sue Shifrin, is filing for divorce after his third run-in with the law became too much for her to handle. Shifrin revealed to TMZ at the time, “I’m glad David is getting the help he needs, and I am confident he will come back better and stronger than ever.”

“This has been looming for some time. I am truly heartbroken that our marriage is ending,” she added.

Let’s hope Cassidy is able to get the help he needs.