The latest episode of the CBS legal drama The Good Wife has left fans reeling over its dramatic twist. The show’s creators have decided to write fans a letter to explain their decision. 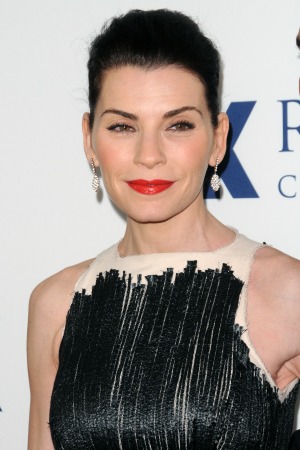 If you have not watched the epic plot twist of the Sunday, March 23, episode of the hit CBS TV series The Good Wife, then look away. Otherwise, be prepared for a major spoiler alert.

The latest season of The Good Wife has not been without its surprises; however, the latest episode was filled with the most shocking surprise of all that has left fans in disbelief over the dramatic twist and death of one of the show’s key characters.

Now as fans wonder how the series can possibly continue without their beloved character, the show’s creators Robert and Michelle King have decided to write a letter to explain their decision.

So here’s what happened: Josh Charles’ character, attorney Will Gardner — who is the love interest and former boss of the character Alicia Florrick, played by star actress Julianna Margulies — was brutally shot dead in the courtroom by one of his deranged clients.

According to Us Weekly, the Kings wrote a letter to fans on The Good Wife‘s Twitter account on Sunday night to share why they decided to kill off Charles’ character.

“We, like you, mourn the loss of Will Gardner. And while Will is gone, our beloved Josh Charles is very much alive and remains an integral part of our family,” the Kings said. “The Good Wife, at its heart, is the ‘Education of Alicia Florrick.’ To us, there always was a tragedy at the center of Will and Alicia’s relationship: the tragedy of bad timing,” they added.

“And when faced with the gut punch of Josh’s decision, made over a year ago, to move on to other creative endeavors, we had a major choice to make.”

So what was the major choice that the creators had to make? Well, they struggled to decide on the exit for Charles’ character. They were torn between either sending him off with a bang (literally) or choosing to phase him out of Alicia’s life in a far less shocking way by sending him to Seattle.

“Finally, we chose the tragic route for Will’s send-off for personal reasons. We’ve all experienced the sudden death of a loved one in our lives,” the Kings explained.

So what’s next for The Good Wife and how will it deal with the aftermath of Gardner’s death?

Thankfully for fans, the show will not deal with such emotional topics for a while. According to Deadline, the Kings have decided that, “The show has always had a comic and a tragic side. In the coming episodes, we’ll see more of the comic.”

We’re sure fans of the show will miss Charles’ character Will Gardner greatly; however, there are sure to be plenty of new and exciting moments in the series’ future.