While Dylan and Norma continue to fight about Caleb, Norman takes matters into his own hands. What happens next is the biggest surprise of the series yet. 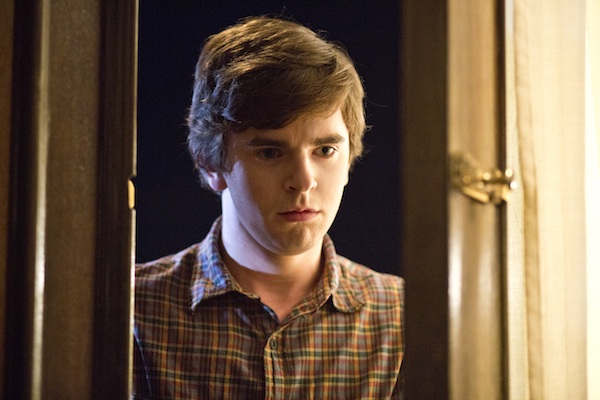 Dylan already has a lot on his plate, so being found unresponsive in his truck by his creepy little brother who just kicked his a** isn’t the best way to start his day. Even though Emma and Norman (Freddie Highmore) try to take care of him, finding out his real father is also his uncle and a rapist just pushes Dylan to feel like more of an outsider in the family. Three really is company when it comes to Norman and Norma anyway.

Dylan did allude to knowing that Norman killed his own father. Was it just an attempt to save face and look less like a dysfunctional bastard child, or does he truly believe Norman is capable of murder?

When Dylan does get back on his feet, he goes to confront Caleb about the whole paternity issue, but naturally Caleb denies being disturbed enough to rape his own sister. This is really just a “he said,” “she said” case until someone goes on Maury and gets a DNA test.

While trying to process all this life-changing news, Dylan decides to move out. This will not end well. He accuses Norma (Vera Farmiga) of lying to her boyfriend all those years ago and using her pregnancy just to get out of town. This, of course, is something Norma would clearly do and should not be surprised at all that anyone would come to that conclusion about her. Either way, she ends up in tears. Again.

Meanwhile Norman wants to send Caleb packing since he’s brought so much grief to his family. He shows up at Caleb’s room and this is where things get very interesting. He starts having memories as if he is Norma. He starts to speak as if he is Norma. Man, this kid is really starting to lose it. He comes at Caleb with a knife, but Caleb knocks him out and leaves him unconscious.

These are the crazy moments that keep us coming back for more. We’re really getting a glimpse at how and why Norman Bates transformed into such a dead mother obsessed murderer. We love this stuff.