It’s a gig any actor would kill for, so the cast of Agents of S.H.I.E.L.D. is pretty grateful to work in the Marvel universe. 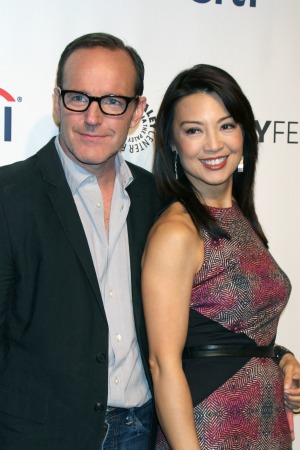 The cast of Marvel’s Agents of S.H.I.E.L.D. knows they are pretty fortunate as actors to be on a successful show with such a strong franchise. With movies like Captain America: The Winter Soldier doing crossover episodes timed with their theatrical release, it’s a pretty big deal to be employed by Marvel Studios.

At PaleyFest on Sunday, SheKnows was able to talk with the cast about what working with superheroes, big budgets and loyal fans has meant to them in their first season of the ABC series.

Chloe Bennet, who plays Skye, shared, “I have six brothers and I always grew up thinking that my dream was not to be a princess. It was to kick ass and be part of a team and I’ve always loved Marvel movies and X-Men. It’s so much fun to be a part of something so big and become a part of this universe.”

For Clark Gregg, who originated the role of Agent Coulson in 2008’s Iron Man, he doesn’t take one minute for granted.

He said, “As a nerd and a comic book fan since I was 11, I can’t even talk about it too much, I might die. It’s really fun. It’s amazing to me. It went from this smallish role in Iron Man to this show. This is crazy.”

Beautiful Ming-Na Wen, who plays Melinda May on the series, knows that her street cred has gone up significantly in her household with her kids.

Wen laughed, “Yeah, I think so. Mulan was cool for a while, but the fact they actually see my face and it’s not my voice. I get a lot of brownie points with the kids.”

While some actors are cooler at home, it’s the fans that amaze Elizabeth Henstridge. 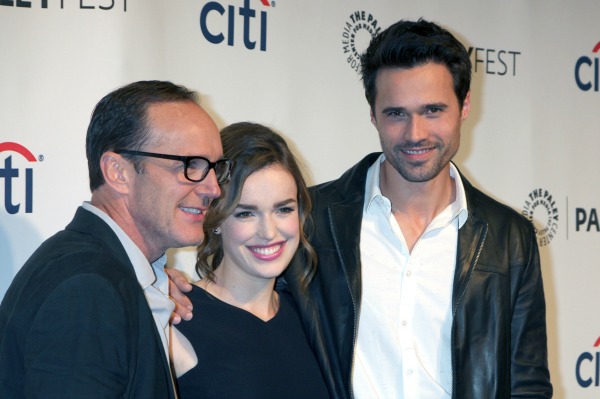 “I think just the warm fans. It’s such a well-established world with the movies. We just didn’t want to mess it up,” she said. “The reaction has been so welcoming and warm and supportive. That’s something I’ve never experienced doing a project. It’s really special.”

Dalton explained, “The loyalty and the enthusiasm of the fans. It’s really a spectacular thing to see. I remember at the Captain America 2 premiere… the fans just love this thing. To be on the receiving end of that kind of love is really something special.”

However, Iain De Caestecker was the one who was most impressed, not by the fans, but by the massive universe that Marvel has created.

He summed up, “I suppose the scale of it at all times. It’s very cool to go into the studio and see some of the sets they’ve got and the special effects. They really try to push the boundaries all of the time especially for a TV show.”

That’s exactly what has fans coming back each time to Marvel’s incredible universe.