The series finale of How I Met Your Mother is one week away. What can we learn from the second-to-last episode and these finale stills? Quite a bit. 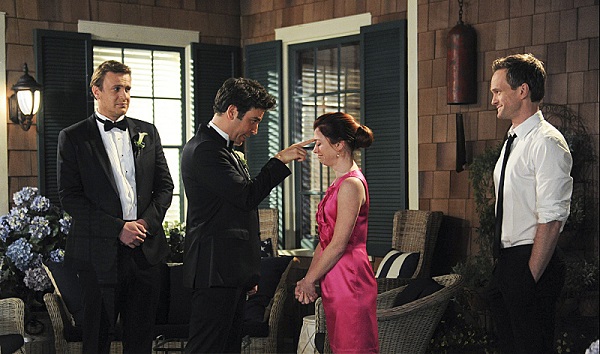 Are you still trying to catch your breath after the penultimate airing of How I Met Your Mother? The 30 minutes leading up to Robin and Barney’s wedding was a tumultuous one. Robin continually tried to bail on the event, while Barney was a pillar of strength, only wavering on what he wanted to vow to her. Well, except for that five-second twitch when he tried to run from the altar, but Marshall delivered the final slap of the slap bet and then everything was OK. In the end, though, Robin and Barney finally said “I do” and things seemed perfect.

Still swooning over: Ted’s proposal to The Mother >>

But, for how long? Stills from How I Met Your Mother‘s one-hour series finale show signs of the most legendary of flash-forwards and not everything looks all that happy.

In fact, two pictures point towards a disturbance in Barney and Robin’s happily ever after. Most telling is a picture of Barney at MacLaren’s and no wedding band on his finger. With all of How I Met Your Mother‘s flashbacks, it could easily be a flashback. But, based on other pictures from the upcoming episode(s), titled “Last Forever Part One” and “Last Forever Part Two,” it doesn’t appear like there will be any further flashbacks. (Minus nearly the entire series, but you know what we mean.) Another picture causing concern is an encounter with Ted and Robin in a bar. It’s clearly a flash-forward, as Ted is wearing a wedding band on his finger and his hair appears to have a tinge of gray to it. Robin’s hand is strategically hidden under the table. She doesn’t look particularly happy, though.

And, as Future Ted said in the closing narration, “I won’t lie. That was a long weekend. More ups and downs than I can count. It was a twisting, turning road that led to the end of the aisle. And not everything along the way was perfect. To be honest, not everything that followed would be perfect, either. But, what is?”

Yes, a HIMYM spinoff is happening >>

Perfection may not be possible, but among the few pictures available for the final installment of How I Met Your Mother is one seriously sweet moment. It gives us hope for a happy ending for at least two people: Ted and The Mother. The picture shows the (clearly married) Mosbys cuddled up together on the couch sharing a warm embrace. With so much speculation as to The Mother’s health, it’s entirely possible she’s in sweats because she’s sick. We’re trying to remain positive, though, and we are writing off their attire as a lazy Saturday together as newlyweds.

What do you think of these stills? 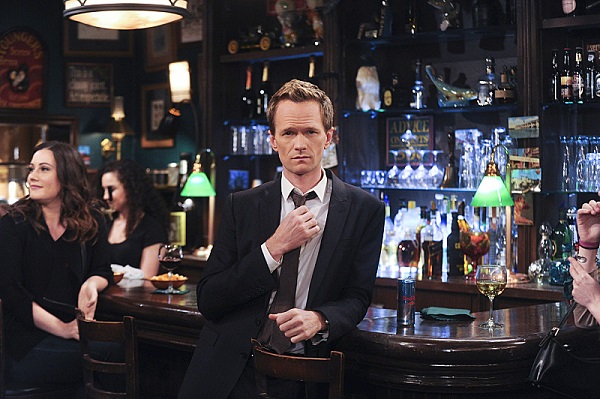 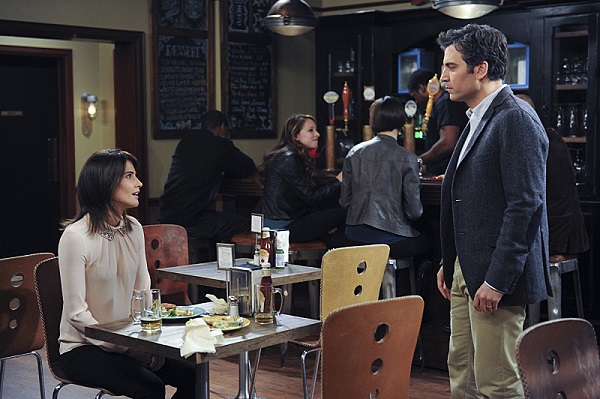 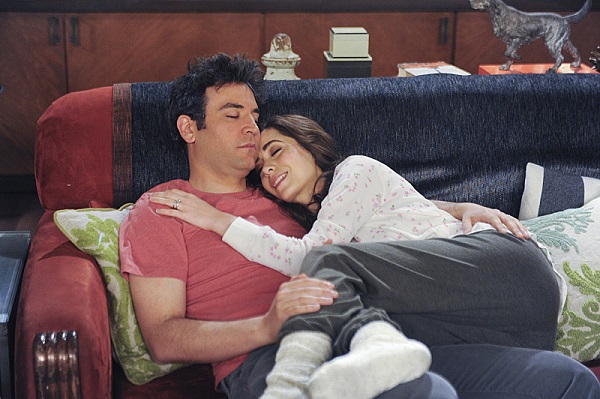 Are these cause for concern or are we overreacting? We’ll find out in one week for How I Met Your Mother‘s one-hour series finale on CBS on March 31.

For even more TV news and reviews, sign up for our newsletter >>