The cast couldn’t say much, but SheKnows got the inside scoop on Agents of S.H.I.E.L.D.‘s story lines for the remainder of the season.

Related story You Can Preorder This Marvel Advent Calendar For Your Little Avengers Fan Right Now & It's on Sale! 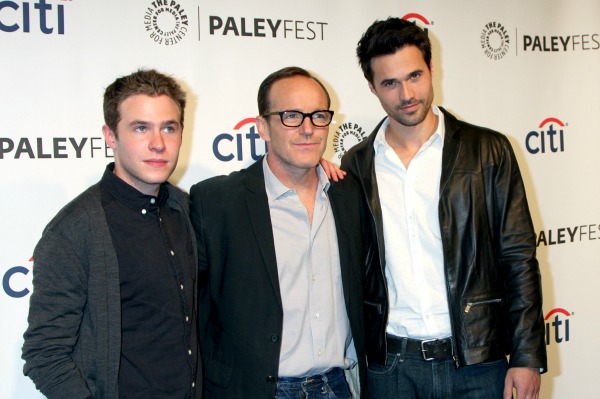 For fans of Marvel’s Agents of S.H.I.E.L.D., trying to find out information on the rest of the season has been pretty hard. SheKnows attended the PaleyFest in Hollywood on Sunday and we were able to get some pretty good scoop on what to expect in the remaining episodes.

Executive producer Jeffrey Bell offered up the most information, which was surprising because Marvel is notoriously tight-lipped about their scripts.

He shared, “There are seven [episodes] in a row; we reflect what happens in Cap [Captain America]. That will affect us, but we have plenty of our own stories to pay off… Clairvoyant, Deathlok, Raina. We have an embarrassment of our own riches.”

Bell continued, “We are trying to make things big emotionally as well as a spectacle. Our season budget is half of one of the movies, so we don’t try to go toe-to-toe with the finale of Iron Man 3. We have some big emotional explosions happening.”

Clark Gregg teased that there is a big fight scene coming up that he’s stoked about for Agent Coulson.

“He’s a veteran agent; he can hold his own physically. I like that [when the writers] tell me, ‘There’s a huge fight right now, you’re in it.’ That’s exciting. There’s more of that coming in a big way. As the S-word hits the fan, you are going to see more of that. The stakes get higher.” 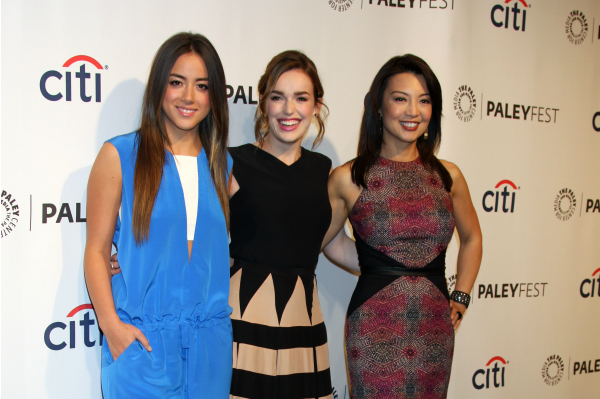 For Elizabeth Henstridge, who plays Jemma Simmons, the evolution of her character is what speaks to her most about the final episodes of Season 1.

“She’s really coming into her own as a woman right now and she’s starting to think for herself. There’s a whole theme of questioning rules. She’s owning her actions a bit,” said Henstridge. “She’s up for the challenge. Something big is going to happen that everyone reacts to differently.”

However, don’t expect a big romantic relationship to develop between Simmons and her counterpart, Leo Fitz, played by actor Iain De Caestecker.

She revealed, “I don’t think [their relationship] is romantic. We speak about it. It isn’t on Simmons’ radar. Who knows what happens down the line. It’s the classic thing where the perfect person is right in front of you. They are so grateful for their relationship and that they have each other.”

De Caestecker echoed that same sentiment to SheKnows as well.

He said, “I don’t think they have that kind of relationship. Me and Elizabeth talked about it a lot. I think it’s more like brother and sister. It’s more like family having this person you can always trust. I don’t know if there’s any sexual feelings for each other.”

One thing fans can expect, though, is a big crossover episode timed with the theatrical release of Captain America: The Winter Soldier.

Brett Dalton, who plays Grant Ward, explained, “Captain America 2 comes out and that influences our show and that’s about all that I can say. I am very proud of what we have coming up. We have some solid back episodes. It’s this really cool thing that I hope everyone enjoys.”