James Rebhorn’s death was unexpected to most of the world, but it was very much expected to him. After decades of suffering from cancer, the actor penned his own obituary. 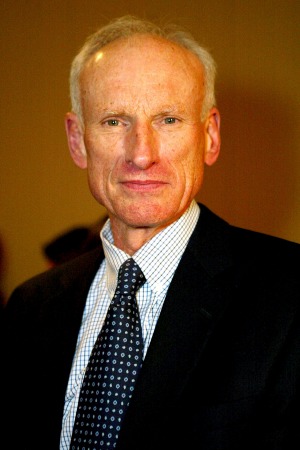 Although fans of his work may not have always known his name, James Rebhorn was an important fixture in Hollywood for decades. Rebhorn died Friday, March 21, at the age of 65.

The actor may be best known for his roles on Seinfeld, Independence Day, numerous soap operas and, most recently, Homeland. He was diagnosed with melanoma in 1992, but it didn’t slow him down. It was around the time of that diagnosis, 22 years ago, that he was filming Scent of a Woman, alongside Chris O’Donnell.

Although Rebhorn kept his disease mostly private, he was a fixture in the acting community and gained a wisdom from living and working with melanoma that may have led him to write an obituary his family would eventually publish after his death.

The obituary, titled “His Life, According to Jim,” was published by St. Paul Lutheran Church in Jersey City. It was written this month, meaning he must have had an idea he would succumb to the disease very soon.

Throughout the obituary, Rebhorn thanked the important people in his life, including his mother.

“Ardell Frances Rebhorn, nee Hoch, loved him very much and supported all his dreams. She taught him the value of good manners and courtesy, and that hospitality is no small thing. His father, James Harry Rebhorn, was no less devoted to him. From him, Jim learned that there is no excuse for poor craftsmanship. A job well done rarely takes more or less time than a job poorly done. They gave him his faith and wisely encouraged him to stay in touch with God.”

He also spoke of his sister, his wife and his two daughters.

“They anchored his life and gave him the freedom to live it. Without them, always at the center of his being, his life would have been little more than a vapor. Rebecca loved him with all his flaws, and in her the concept of ceaseless love could find no better example.”

“His children made him immensely proud. Their dedication to improving our species and making the world a better place gave him hope for the future. They deal with grief differently, and they should each manage it as they see fit. He hopes, however, that they will grieve his passing only as long as necessary. They have much good work to do, and they should get busy doing it.”

Through the obituary, Rebhorn spoke of his love for life and his family, but he ended it by thanking those he worked with and his thankfulness to be able to act for a living.

“Jim was fortunate enough to earn his living doing what he loved. He was a professional actor. His unions were always there for him, and he will remain forever grateful for the benefits he gained as a result of the union struggle. Without his exceptional teachers and the representation of the best agents in the business, he wouldn’t have had much of a career. He was a lucky man in every way.”