Warning: Major spoilers ahead for last night’s episode of The Good Wife. If you’re not caught up, your mind will be blown. 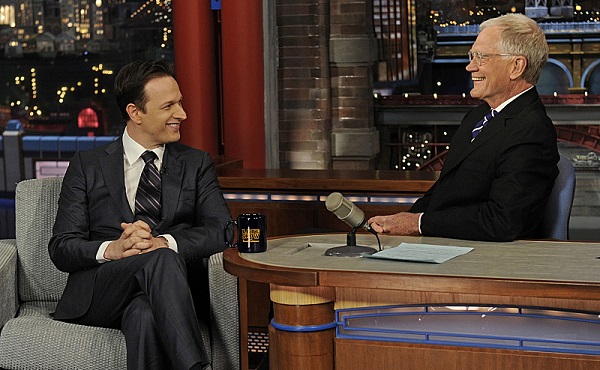 Gah! Sunday’s episode of The Good Wife took a lesson from Game of Thrones (and many more this season) by killing off a major character, Will Gardner. The man who played Will, Josh Charles, stopped by The Late Show with David Letterman to talk about the shocking death.

Where does The Good Wife stand? CBS renews 18 shows >>

Charles has known about the death for about a year. For him, Sunday’s episode was less shocking than the fact that he was able to keep the secret that long.

“It is kind of amazing. We’ve been able to keep it a secret for an entire year,” Charles told Letterman. “I told some family members who I know could keep a secret, which is very few.”

Fans were so shocked and upset that showrunners Robert and Michelle King sent out a letter to fans to try to calm down the masses.

“We could ‘send him off to Seattle,’ he could be disbarred, or get married, or go off to Borneo to do good works. But there was something in the passion that Will and Alicia shared that made distance a meager hurdle,” they wrote. “The brutal honesty and reality of death speaks to the truth and tragedy of bad timing for these two characters.”

Ugh. Tragedy is right. Good Wife fans across the world felt like someone shoved a gavel into their guts and twisted it upon learning of Will’s fate. As for Charles, he had his own message to fans, which CBS released directly after the episode.

“I thought that I felt however much I’ve enjoyed the experience, I was ready for the next chapter of my life, both creatively and personally,” Charles shared.

During his chat with Letterman tonight, Charles shares about hearing fans’ responses firsthand in a letter from his real-life neighbors.

“When I went downstairs and I saw by our mailbox, the neighbors across the street, who I don’t even know, had left my wife and I a really beautiful note just saying, ‘We feel like a family member had died and we know this is just a TV show,’ and all that,” Charles says. “I was very touched by it. A lot of the response from Twitter has been much of the same and I just wanted to say to all the fans that I really appreciate all of your comments. It’s meant a lot. I get invested in characters in TV shows, too. Everything’s going to be OK. I’ll call your mom later.”

What a sweetie. Tonight’s appearance marks Charles’ first time visiting Letterman. From the snippet we’ve seen, it looks like he and Letterman bonded fairly well. Hopefully, whatever projects Charles has lined up next will land him back in the Late Show seat soon enough.