In American Horror Story Season 4, creator Ryan Murphy invites us into the wickedly evil world of a 1950s Florida freak show. Prepare to be disturbed. 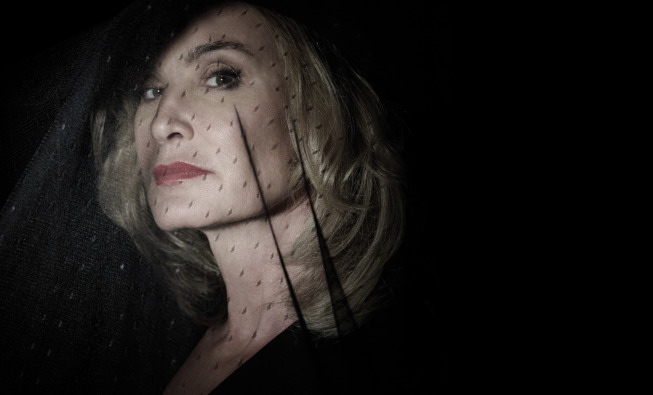 When we heard American Horror Story Season 4 would be set at a carnival, our minds were overcome with vivid images of debauchery, broken carnival rides and evil carnies. But, it looks like things are shaping up to be even freakier than we imagined.

AHS creator and TV mastermind, Ryan Murphy, is certainly trying to find creative new settings and situations where twisted dark forces can thrive. From haunted houses to asylums and witches’ havens, Murphy has explored some of our greatest fears, and now he’s about to take it a whole new level. He announced on Twitter Monday, March 24, that Season 4 will be subtitled Freak Show.

https://twitter.com/MrRPMurphy/statuses/448145257918513153
We can only imagine the bearded ladies, the disfigured “freaks” and the vicious carnival masters that will be running around in our dreams next season.

The carnival will be set in Jupiter, Florida, in the 1950s, with Jessica Lange leading the cast of freaks and misfits. Lange will be playing a German expat running the freak show.

It has also been reported that some of the series’ favorite regulars will be returning to the cast as freak show performers. Kathy Bates, Sarah Paulson, Evan Peters, Angela Bassett and Frances Conroy have been confirmed to return. There are talks of Emma Roberts and Denis O’Hare returning next season as well, but nothing has been made official yet.

We are on the edge of our seats and we are equally excited and terrified to step inside Murphy’s Freak Show world. It will, without a doubt, leave us speechless, give us nightmares and make us want to take a shower.