Mutants are out in full force in the latest X-Men: Days of Future Past trailer. The video reveals the heroes’ newest and most dangerous threat — Sentinels. 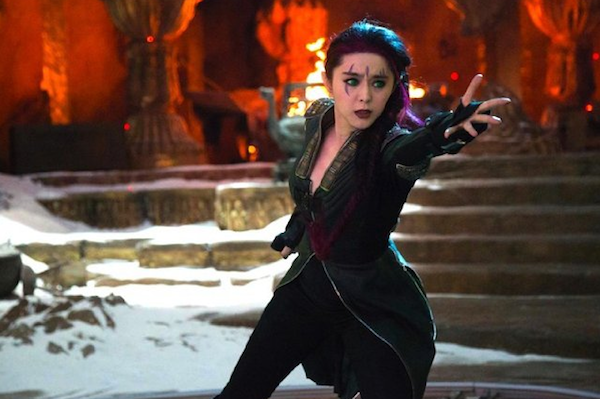 As promised, 20th Century Fox has released a new trailer for X-Men: Days of Future Past. Instead of pulling at your heartstrings with dramatic scenes, there’s plenty of action to keep your attention. Days of Future Past is a sequel like no other. It combines story lines from the original X-Men trilogy (2000-2006) with the Wolverine spinoffs (2009-present) and the 2011 First Class reboot.

First X-Men: Days of Future Past trailer is pretty sad >>

X-Men: Days of Future Past features characters of all ages and generations. Sir Ian McKellen and Sir Patrick Stewart reprise their roles as Magneto and Professor Charles Xavier, while Michael Fassbender and James McAvoy play younger versions of said characters. Hugh Jackman lets his claws out again as Wolverine as he bridges their two timelines.

The cast is very large, but includes superheroes old and new. Halle Berry returns as Storm, Jennifer Lawrence is back as Mystique and Nicholas Hoult reprises his role as Hank, aka Beast. They’re joined by Ellen Page’s Kitty Pryde and Shawn Ashmore’s Bobby Drake, better known as Iceman.

The mutant race is on the verge of extinction, thanks to a man called Bolivar Trask (Peter Dinklage). He’s created an army of robots called Sentinels, whose mission is to protect humans at any cost. And, by protect, we mean eradicating the world of mutants.

Watch the new trailer below:

X-Men: Days of Future Past is directed by Bryan Singer and opens in theaters May 23.