Nick Cannon donned whiteface for his new album, but is it a racist move? Fans weigh in on social media over the hot topic.

Related story Nick Cannon Asks For 'Advice' To Raise His Daughters: 'They Control You' 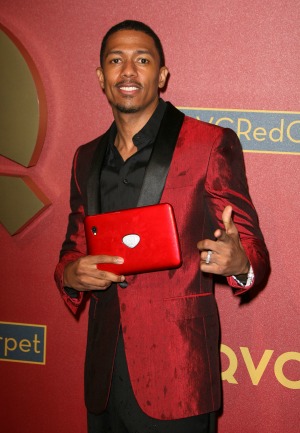 Nick Cannon has done just that to promote his upcoming album, called White People Party Music. He was so proud of the look that he posted a photo on Instagram in which he is barely recognizable.

Besides the color of his skin, the America’s Got Talent host dons a red wig, a beanie and a flannel shirt with acid-washed jeans. It’s a strong departure from his usual upscale-casual look.

Fans immediately started tweeting the musician with questions about how he felt as a white person.

Other followers on Twitter immediately responded with messages that it was racist for a black man to don whiteface. However, Cannon retweeted one follower’s note about the difference between the two issues in a historical context.

While Cannon surely is having fun with his new look, what do you think about whiteface? Is it racist or not?