This movie is making headlines all over the world, mostly by people who haven’t even seen it. Actor Russell Crowe even urged Pope Francis to see the film when he visited Rome, but he declined. Here, we tell you 10 things you should know before you watch this movie. 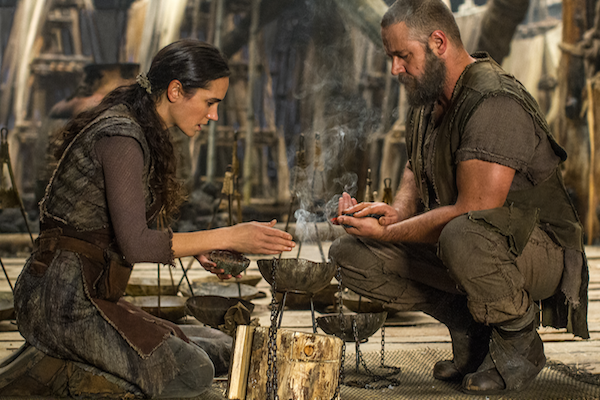 Director considers himself an “atheist”

Darren Aronofsky is no stranger to controversy. He shocked movie audiences with such films as Pi and Requiem for a Dream before directing the Oscar-nominated movie, Black Swan, for which Natalie Portman won an Oscar. Noah is Aronofsky’s first big-budget studio film, spending over $130 million to obtain the perfect cast and special effects.

Raised in a conservative Jewish household, Aronofsky has said Noah will be the “least biblical biblical film ever made.” Though Paramount says the filmmakers take “artistic license” with the story from Genesis, it does seem to include all the pertinent details from the mere 40 verses of story, including Noah (Russell Crowe) getting drunk and passing out naked.

Aronofsky has had a long, intimate relationship with Noah, considering he wrote a poem about the biblical character when he was just 13. The poem went on to win a school prize, beginning Aronofsky’s career as a storyteller.

A flood of controversy: Can Christians deal with a drunk Noah? >>

God is angry — be very afraid

The God from the Old Testament is quite ruthless and he openly admits to making mistakes — humans being the biggest of them all. He wants to rid the earth of them and start over, so he sends a Franken-storm to kill everyone except Noah and his family. That’s a lot of dead people. While the word “God” is never mentioned in the film, Noah and his family refer to a divinity called the ”creator.” 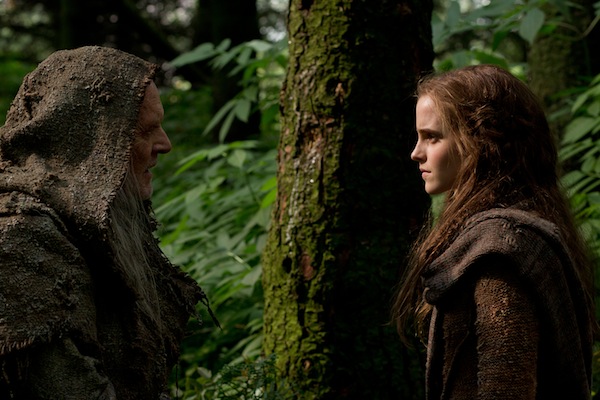 Noah is a wacko environmentalist?

Not quite. But some extreme religious groups are accusing the filmmakers of inserting an environmental agenda into the film. In the movie, Noah is under the impression that God has asked him to care for the “innocents,” which are the animals. Noah believes that the “creator” is finished with humankind and expects that he and his family will be the last people on earth.

According to Genesis, Nephilim are creatures, perhaps giants, that inhabited the land of Canaan. Aronofsky gave his take on the Nephilim, saying, “Nephilim are fallen angels talked about in a unique paragraph in the Bible. We created them as the Watchers, who are voiced by Frank Langella, Mark Margolis and Nick Nolte, and are these incredible creatures you’ve never seen before.” These supernatural beasts look like rock monsters and help Noah build the ark as well as protect him and his family.

One part of Noah’s story that never made a lot of sense, even back in Sunday school, was the idea that all these animals — lions, tigers, rabbits, mice — could coexist without eating each other or mating until the numbers were so high, they would run out of room. The movie solves this problem by giving the animals an herbal serum to sedate them during the time they are on the ark. Problem solved. 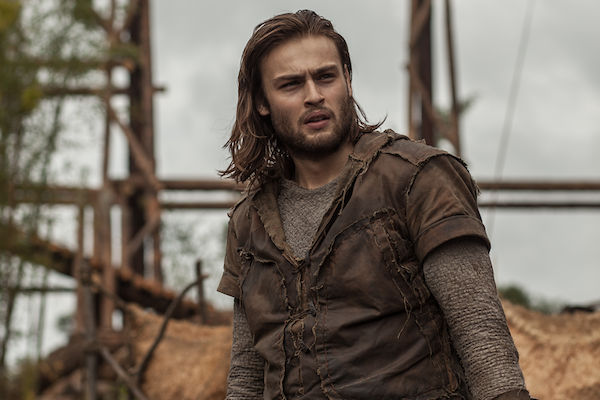 Oh, divine Douglas! Not only is he beautiful, his onscreen relationship with Ila (Emma Watson) was truly inspiring. The two actors have been friends for years and their closeness really translated on the screen. Booth admits that once during shooting, he fell asleep in Watson’s lap. Aw, sweet!

Russell Crowe had been trying to arrange a private audience with Pope Francis while the filmmakers were on a publicity tour through Rome. Crowe tweeted the Pope’s twitter account, saying the film was “fascinating” and hoped the holy man would see it. The Hollywood Reporter confirmed Crowe did have a brief encounter in St. Peter’s Square during the Pontiff’s weekly public meeting last Wednesday. Apparently, the Pope doesn’t watch movies, even ones about the Bible, so it’s doubtful he’ll ever express an opinion on the movie.

Why some Muslim countries banned Noah

Noah has already been banned in countries such as Qatar, Indonesia, Bahrain and the United Arab Emirates. The reason is that the Koran also features Noah as a prophet, and Islam prohibits depicting the likeness of any prophets, thinking it to be disrespectful. 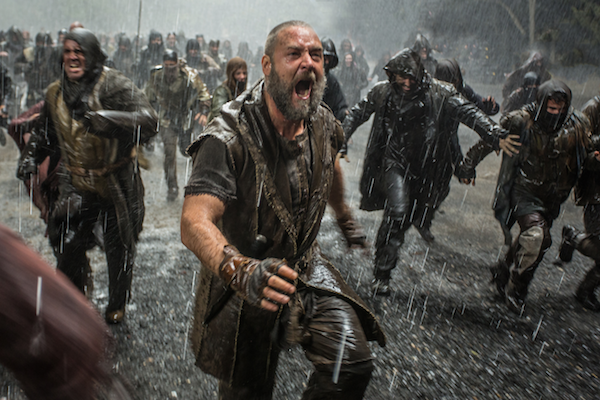 Darren Aronofsky insisted on using the plans written in Genesis, which said the dimensions of the ark were laid out as 30 cubits high, by 50 cubits wide, by 300 cubits long and three levels high. The movie’s ark was built in Long Island, and took over five months. The bottom level was the tallest in order to accommodate giant beasts, like mammoths and giraffes. The second level was for reptiles and the top level for Noah’s family and birds.

Instead of shooting in the desert like many biblical movies have done in the past, Aronofsky imagined the ancient world to be lush and full of life, making Iceland — known for its other-worldly topography — the perfect green backdrop.