Will Hannah move on? We have our doubts. But we certainly hope so. 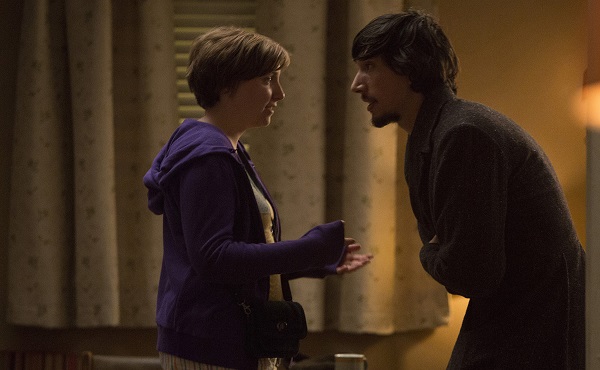 The Girls Season 3 finale was quite possibly the best one yet as it, for once, left us with a real cliff-hanger. At the beginning of the episode, Hannah receives a letter of acceptance from the Iowa Writers’ Workshop. She immediately goes to Adam’s dressing room on the night of his show’s opening to tell him the news. It’s a selfish move on her part (not that we’re surprised). After Adam’s opening night, he and Hannah finally came to an impasse in an alley outside the theater. Essentially, they appear to have broken up. Thankfully, Hannah’s parents convince her to go to grad school in Iowa and Hannah seems genuinely happy at the possibility.

We called it! That time we knew Hannah and Adam would break up >>

Will she actually end up in Iowa come Girls Season 4? We hope so. But we have our doubts.

Why it needs to happen

Hannah and Brooklyn just aren’t meant to be. She tries. She tries so hard. On the surface, she and the borough seem like a perfect match. She has that entitlement you so often see in her friends and other people her age. She tries incredibly hard to wear the clothes that are in, even if they don’t rock on her body. She has the classic group of New Yorker friends, except she doesn’t really belong in that group of friends. Not if she wants to be a writer and stand up for her ethics and struggle in the name of her craft. Marnie and Shoshanna, especially, will never understand not being fashionable, needing to move into a s***tier apartment or not having the money to go out. Hannah wants to and tries to be the struggling writer, just trying to make a living doing what she loves. But, Hannah has Urban Outfitters taste on a Walmart budget. And that’s mostly due to the fact that Shosh and Marnie seems to have Urban Outfitters taste on their parents’ Urban Outfitters budget.

Iowa will be perfect for Hannah. First, it’s safe to say that she could use a dose of reality. Grad school is made up of plenty of working adults. Maybe some of them can expose her to real struggle. Second, she’ll have the chance to make friends who are in the same situation she’s in… or wants to be in. Or perhaps she’ll go, figure out she doesn’t want to struggle after all and go back to writing advertorials (it’s not so bad, really). Mostly, though, it’d just be kind of fun to see her figure out how to function in Iowa.

Why it probably won’t happen

In the end, Hannah is probably too dependent on Adam, Marnie and the drama her circle of friends seems to breed. Her generation is also brilliant at finding ways out of situations that are uncomfortable or unhappy by making excuses. It’s more likely that Hannah will get to Iowa, decide no one is fashionable enough (or pretentious enough), tell her parents her OCD flared up and then flee back to the city where she thinks she belongs.