Typically, what happens on a movie set stays on the movie set, but we’re excited to share with you four exclusive images that provide a window into what really went on between Leo and Marty. 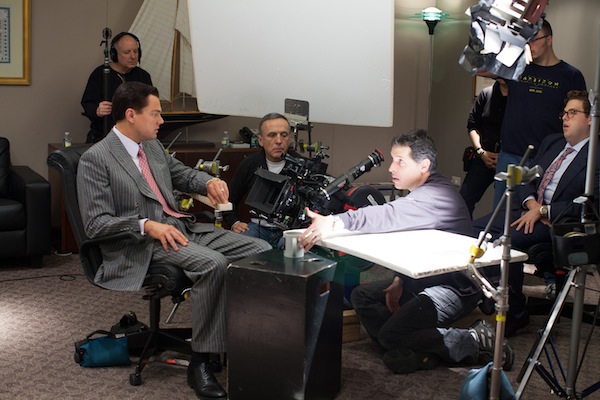 Here, the filmmakers are clearly getting a close-up on Leo as he plays Jordan Belfort, a real-life criminal who stole millions from his clients. Leo earned his first Oscar nomination in 1994 for playing Arnie in What’s Eating Gilbert Grape, which also starred Johnny Depp and Juliette Lewis.

In Wolf, Jonah Hill plays Belfort’s underling, Donnie Azoff, and sits back behind the camera to help give Leo accurate eye-lines and deliver his dialogue in the scene. Jonah Hill reportedly took a pay cut to work with Scorsese and made the SAG minimum of $60,000 for his work on the film.

Oscar snub No. 4 for Leonardo DiCaprio >> 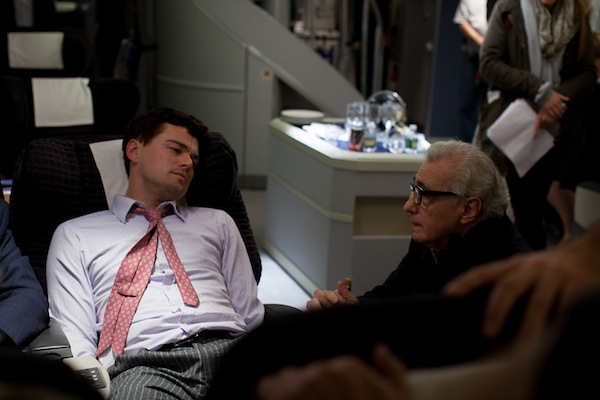 In this photo, Martin Scorsese has a heart-to-heart with Leo as he sleepily lounges in his chair. Perhaps the Academy Award-winning director is telling DiCaprio what Quaaludes were really like back in the day, considering they don’t make them anymore. Quaaludes were originally prescribed by doctors for the treatment of insomnia and as a muscle relaxant. The name Quaalude was created by combining the words “quiet interlude.” 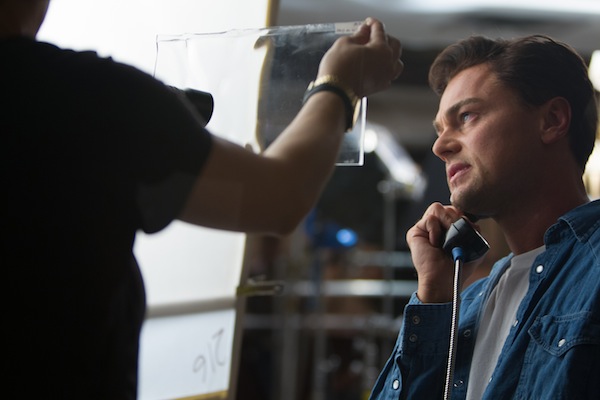 This image of Leo appears to show a camera tech trying to find the perfect filter to use in the shot. The Wolf of Wall Street became famous for having the most curse words of any film ever made. Of course, this caused a lot of controversy. Many people called the movie misogynistic, but some would agree that was the point. Others argued that the movie was a great parody of the ’80s “greed is good” way of life. Scorsese claims the editing of the scenes where the characters are high on drugs are edited to feel disconcerting. 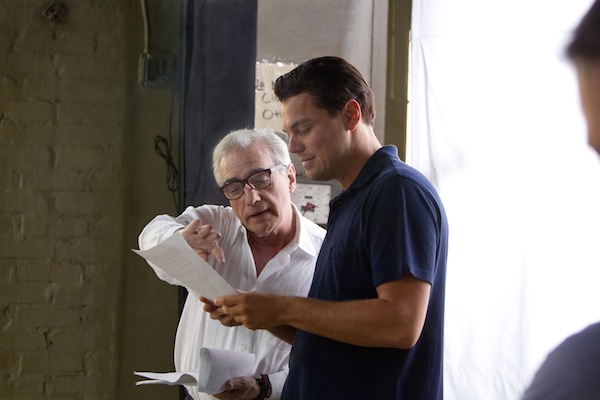 Here, it appears Scorsese is going over some dialogue with DiCaprio. Scorsese has recently announced he’ll be directing a biopic about the famous crooner Frank Sinatra. We’re voting for Leo to play the singer in the upcoming film, but some other choices could include Jonathan Rhys Meyers, Jake Gyllenhaal, Zac Efron and Jared Leto.

The Wolf of Wall Street is now available on Blu-Ray and DVD.