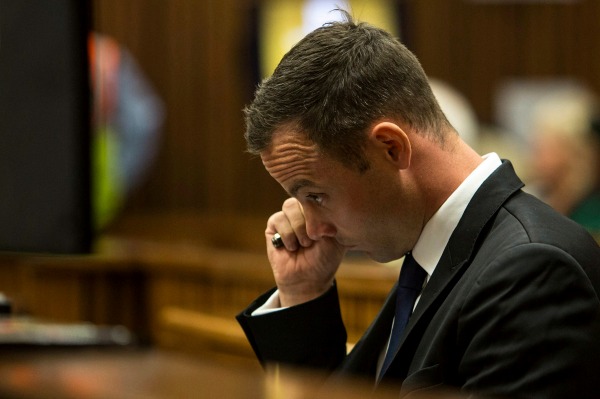 Text messages between Reeva Steenkamp and Oscar Pistorius read at his murder trial revealed a tempestuous, passionate relationship — and depending on how they are interpreted by the judge, could hurt the athlete’s case.

Texts from Steenkamp accuse Pistorius of being moody, controlling and unhappy.

“I’m the girl who let go with u, even when I was scared out of my mind to,” Reeva Steenkamp wrote in one message three weeks before her death.

“I’m the girl who fell in love with u and wanted to tell u this weekend but I’m also the girl that gets sidestepped when you are in a [expletive] mood. When I feel you think u have me so why try anymore…

“From the outside I think it looks like we are a struggle and maybe that’s what we are,” she wrote in another message. “I just want to love and be loved. Be happy and make someone SO happy. Maybe we can’t do that for each other. Cos right now I know u aren’t happy and I am certainly very unhappy and sad.

“I get snapped at and told my accents and voices are annoying. I touch your neck to show u I care you tell me to stop. Stop chewing gum. Do this don’t do that. You don’t want to hear stuff cut me off.

“I am trying my best to make u happy and I feel as tho u sometimes never are no matter the effort I put in,” she wrote after Pistorius criticized her at a public function. “I can’t be attacked by outsiders for dating u AND be attacked by you, the one person I deserve protection from.

“I’m scared of u sometimes and how u snap at me and of how u will react to me. You make me happy 90% of the time and I think we are amazing together but I’m not some other b**** you may know trying to kill your vibe,” Steenkamp wrote in another message after Pistorius forced her to leave a friend’s engagement party early.

The messages, sent via WhatsApp, represent only a tiny percentage of the 1709 missives between the couple, according to testimony from police phone expert Captain Francois Moller.

Another witness for the prosecution testified that Pistorius’ first bullet hit Steenkamp’s hip, not her head, lending credence to the testimony of three neighbors who say they heard a woman screaming.