Kevin Bacon’s still got it! Thirty years after his breakout hit Footloose hit the big screen, the star can still boogie with the best of them. 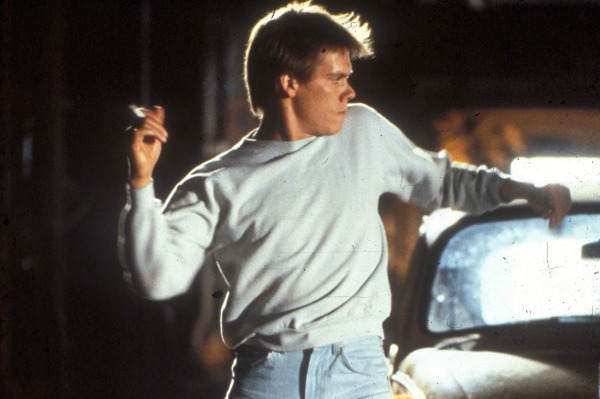 Dancing is… illegal? Not in Kevin Bacon’s world. In a brilliantly contrived skit for Jimmy Fallon, the star proved he still has the moves that made him a star in his breakout film Footloose.

Bacon was seen in his dressing room when he overheard Fallon tell the audience that dancing has been outlawed on The Tonight Show, sending The Following star into a Ren McCormack-esque frenzy complete with smoking, beer bottle throwing and angry dancing in his dressing room.

As he danced his way down The Tonight Show‘s hallways, the scene turned into that of the famous prom — where everybody cuts footloose!

VIDEO: Does Paul Rudd rule the Jimmy Fallon lip synch battles?
VIDEO: Will Ferrell makes out with Harry Styles on The Tonight Show
POLL: Which Jimmy Fallon #hashtag bit was your fave?