Homeland actor James Rebhorn died on Friday at the age of 65 after a long battle with skin cancer. 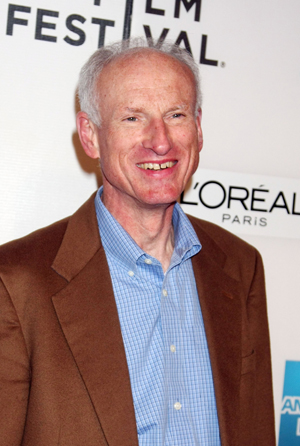 James Rebhorn, who appeared on Showtime’s hit series Homeland, has died at the age of 65 after losing his longtime battle with skin cancer.

The prolific actor, whose credits also include epic films such as The Talented Mr. Ripley, Meet the Parents and My Cousin Vinny, died after being diagnosed with melanoma back in 1992. Rebhorn managed to fight the disease for many years while still continuing his career without interruption, The Hollywood Reporter claimed.

Is Homeland‘s Brody gone for good? You decide! >>

“He fought it all this time,” Rebhorn’s agent Dianne Busch said in a statement. “He died Friday afternoon at his home in New Jersey, where he had been receiving hospice care for a week and a half.”

Rebhorn’s career spanned over five decades during which he appeared in countless films and television series, accumulating more than 100 credits. Whether on film or television, the Philadelphia, Pennsylvania, native usually played authoritative characters such as the Secretary of Defense in Independence Day and the headmaster in Scent of a Woman.

On Homeland, Rebhorn played the father to Claire Danes’ character, CIA officer Carrie Mathison. Other television roles the busy actor played include a recurring part in USA’s White Collar as an FBI agent, an attorney on The Practice and Boston Legal, plus more recurring roles in Third Watch, The Book of Daniel, Law & Order and Big Lake.

According to the Reporter, Rebhorn was also a theater linchpin appearing onstage in I’m Not Rappaport as well as revivals of Our Town, Dinner at Eight, Prelude to a Kiss, Twelve Angry Men and The Man Who Had All the Luck.

The USA network also released a statement regarding Rebhorn’s demise, saying, “USA Network is deeply saddened about the passing of James Rebhorn, who so brilliantly played Reese Hughes on White Collar. Our sympathies go out to his family, friends and loved ones.”

Rebhorn leaves behind his wife Rebecca and two daughters, Hanna and Emma.