When I saw the HuffPost call “Chandelier” the “best Rihanna song of 2014,” I LOL’d. Sure, it rivals the songs Sia often creates for other pop stars, but she can be a bada**, too, especially as she sings about swinging from a light fixture. 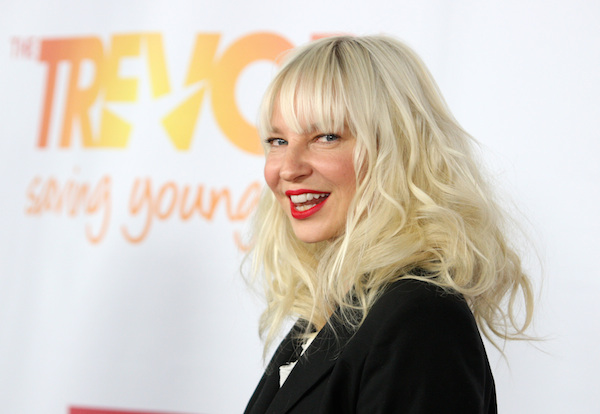 Should this song be featured on the Planet of the Apes soundtrack?

In “Chandelier,” the glorious inferno that is Sia exasperatedly promotes how she’s going to hang from one. Pretty animalistic, no?

We loved this fierce Sia song off The Hunger Games soundtrack >>

And I have to confess, she also does sound a little bit like the Barbadian island princess Rihanna. But it’s mostly her attitude that resembles Rihanna.

Rihanna made fun of which Teen Mom!? >>

The power that propels Sia’s voice in this raging pop song is on par with some of our favorite females ’80s rock stars.

She brags about a rambunctious night in “Chandelier,” but it has the cinematic appeal of an opera show. That message of the song is seemingly inconsistent with its tone; she desires to voyage into the depths of a liberating rabbit hole. And as you know, rabbit holes aren’t filled with much other than a shroud of mystery.

Whoops. Maybe that’s not what she meant?

I should give her more artistic credit for that. It’s not like she watched The Hangover and began creating. That doesn’t sound like the Sia we know. She’s a unicorn, and her still waters run deep. So perhaps she was more concerned about the idea of what hanging from a chandelier is actually like for the person who is swinging from it. Who wants you to fall? Who is laughing their butt off? Who is looking out for you? Who is egging you on?

And suddenly this song made perfect sense. It was this thought that had me convinced no other artist could have executed this song more superior than Sia herself.

“Chandelier” is a hit that can rival the divas she composes for. We know writing songs is an art form, but wielding competitive delivery is a challenge Sia defeats with ease. She can work tirelessly backstage but ascend to front and center seamlessly.

Sure, you may rather see Rihanna in a garter ensemble, but I would take what I hear with my heart over what I can see with my eyes. Wouldn’t you?