Fans have been hoping that Kate Bush would return to the stage. After a 35-year absence, 2014 is the year. 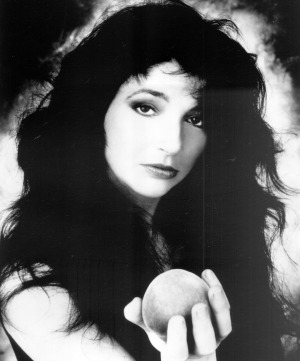 Never say never. British singer Kate Bush is returning to the stage after a 35-year absence. The 55-year-old musician announced the news on her website on Friday.

She wrote, “I am delighted to announce that we will be performing some live shows this coming August and September. I hope you will be able to join us and I look forward to seeing you there. We’ll keep you updated with further news on the website. Meanwhile, all details of concert dates and tickets are in the note below. Very best wishes, Kate.”

Bush will be performing at London’s Eventim Apollo, Hammersmith, for a 15-date residency. The concert series will be called Behind the Dawn.

According to the Telegraph, fans were so excited by the news that her website crashed. The last time Bush was seen onstage was 1979, when Jimmy Carter was President of the United States, Farrah Fawcett was the hottest icon of the day and the Best Picture winner at the Oscars was Kramer vs. Kramer.

While the “This Woman’s Work” singer hasn’t performed live in decades, she has recorded 10 albums. Her last CD, called 50 Words for Snow, dropped in 2011.

While Bush has never given a specific reason for her absence from the stage, there has been speculation that it was her fear of flying, fatigue from the road or the death of her former lighting director, Bill Duffield, at the beginning of her 1979 tour. He fell 20 feet to his death while inspecting a dimly lit venue for Bush.

There’s also been no reason as to why she’s returning to the stage after all of these years, but Bush had never ruled it out.

In 2011 she told Mojo, “Maybe I will do some shows some day. I’d like to think so before I get too ancient. I enjoy singing, but with the albums it’s the whole process I find so interesting. If I was going to do some shows it would be the same thing. Let’s just see, shall we?”