Neil Cavuto of Fox News wasted no time jumping all over Kristen Bell on Thursday, after the Veronica Mars actress posted a tweet stating the rich should pay more taxes. 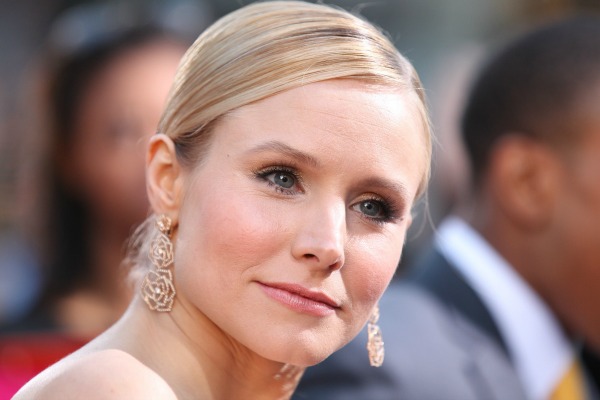 Kristen Bell, who has been busy promoting her new Veronica Mars movie, posted a tweet on Wednesday in response to a series of ads for the Republican National Committee, and Neil Cavuto of Fox News wasn’t too keen on the actress’ political statement.

“Should the star of Veronica Mars just go live on Mars?” Cavuto, the host of “Your World” on Fox, asked his guest Dave Maney.

Maney is the founder of EconoManey, which according to its website paints “the most vivid possible picture of our economic future 10 years out.” The essayist and historian jumped right in and stated that he felt that Bell’s tweet was nothing more than a publicity stunt for her own career.

“Her film is not doing too good at the box office. And I think it was a good way to kind of, you know, get her name in the news. You know, it’s on — here we are talking about her,” said Maney.

“If she doesn’t mind paying high taxes on that money and all, she’s in the one-tenth of 1 percent, which is fine,” responded Cavuto. He continued, “What I’m saying is that anyone who can afford the taxes or not should think a little a bit about where it’s going… Tax money coming in like crazy, and we’re still, still spending a lot more than we’re taking in.”

Maney was also quick to point out that if Bell would like to pay more taxes, then she is welcome to.

“There’s actually an office in the U.S. Treasury that accepts — you know, it’s literally called Gifts to the U.S. Government. It’s in Hyattsville, Maryland,” said Maney.

Maney then referred to Bell as “selferous,” a term he coined on his own, which means being selfish while attempting to look generous. “Get my name in the news, get my box office going, and I will make it look like I want to give lots of money when, in fact, it’s really kind of all about me,” he said.

This is not the first time a member of the Fox News community pointed a finger at a celebrity for causing a ruckus for a cause they believe for the purpose of publicity. The network made a similar accusation toward the band R.E.M. back in September 2012.

Bell is no stranger to backlash from speaking her beliefs on Twitter, and recently she has been fighting to garner media support for her cause, which enforces a no-kids policy among the paparazzi.

Watch one of the RNC ads that started the controversy below.