Rejected Bachelor finalist Renee Oteri got hitched to a longtime friend just weeks after getting dumped by Juan Pablo on the show. 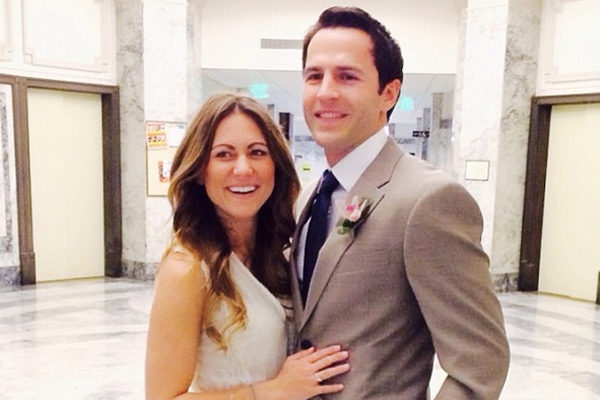 It wasn’t that long ago that Renee Oteri got rejected by Juan Pablo Galavis after making it as a finalist on The Bachelor. But, the pretty single mom is already married to her ex-boyfriend and longtime friend, Bracy Maynard.

Oteri caught fans by surprise when she announced she was engaged to her friend of 22 years so soon after her stint on The Bachelor came to an end. Now, she’s stunned everyone again after announcing she and Maynard just got married.

“And THAT just happened. I married my best friend of 22 years!” Oteri wrote on Instagram along with a photo her herself wearing a white wedding dress and holding a bouquet of flowers next to her new hubby.

As one of Galavis’ “favorites,” Oteri said she was ready to marry him if he asked her at the show’s finale. However, the 32-year-old Venezuelan father sent Oteri home after she made it as one of the third finalist women.

Oteri’s new husband is a friend she knew “since he was a baby,” and she’s super-excited “to start over with her new family in Seattle,” a source told Us Weekly. Maynard is an ex-military man, according to Wetpaint, and he has also known Oteri’s 8-year-old-son since the boy was 3.

“She is so happy and has wanted this with her fiancé for a very long time,” the Us insider added. “We’re all so happy to see them back together! He is always the one everyone wanted to see her with. She couldn’t be happier.”

Oteri and Maynard were actually together before the Tampa native’s stint on The Bachelor. They had broken up prior to the show and apparently got back together soon after she returned home.