Giuliana Rancic can boast that she has conducted many successful interviews over the years. However, there was one Hollywood A-lister she did not have success with. In fact, he was apparently just mean. 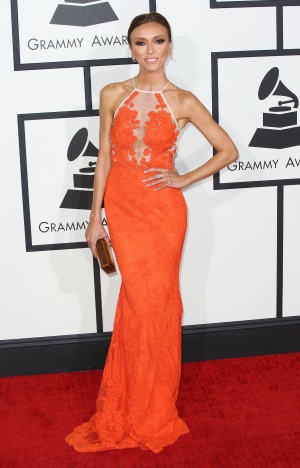 Giuliana Rancic has conducted many interesting interviews with Hollywood A-listers, thanks to her job as an E! News reporter. However, there is one person whom she recalls as being really mean to her.

During the star’s appearance on Watch What Happens Live with Andy Cohen on Wednesday, Rancic said her worst interview to date was with Russell Crowe.

The Man of Steel actor is known to be somewhat temperamental — you can either catch him on a good day and all is fine, or you can catch him on a bad day like Rancic did, and then it’s not so fine.

“I had been at E! for a year, and I literally was like, ‘I’m gonna go easy because he’s pretty tough. And so I said, ‘Are you excited to be here tonight? Your big movie premiere?’ And he goes, ‘I’m contractually obligated to be here. What’s your next question?'”

However, Rancic decided to continue the interview and see if she could extract anything meaningful from Crowe.

“Um, isn’t it wonderful seeing all the fans?” Rancic asked. But Crowe clearly was not in a good mood that evening because the Giuliana & Bill star recalled the terrifying moment, saying to Cohen, “And he goes, ‘That’s your second question?’ And he goes, ‘1, 2, you’re through!’ And walked away.”

That sort of behavior won’t win you any friends, Crowe.