Ashley Judd may be estranged from her husband Dario Franchitti, but that doesn’t mean she doesn’t care about him. The actress opens up about her marriage and reveals where they stand. 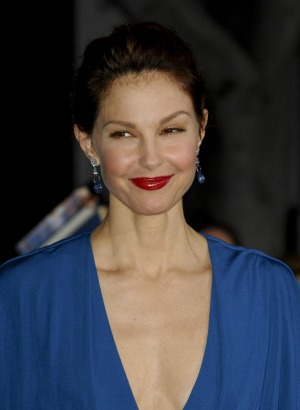 Sometimes it can be impossible to forget the one you loved, and that proves true with Ashley Judd and her estranged husband Dario Franchitti.

However, just because the world does not understand the actress’ relationship with her retired race car driver beau doesn’t mean it is filled with heartache and animosity.

Judd was faced with some tough questions in the April issue of Ladies’ Home Journal as the publication wanted to know what is really going on with her and Franchitti.

Despite the fact that the pair are estranged, the Double Jeopardy actress revealed, “He’ll always be my loved one.”

“Even before our wedding, we agreed not to tell people about our relationship, but to show them instead. What we’re showing them now is we’re human, we’re family, and this is what family looks like,” Judd confessed.

The pair married in 2001 and enjoyed 11 years of marriage before they decided to call time on their relationship last January. And the couple have certainly been in each other’s lives long enough to declare they are a family and they appear to be there for each other during their time of need.

But it’s not all about Judd’s relationship. She’s managed to bag an exciting role and will join the many other famous faces that are starring in the forthcoming film Divergent.

And for those who don’t get the hype about Divergent or know what it is about, Judd was kind enough to explain during her interview with the magazine.

“It’s based on the teen books [by Veronica Roth] about a society that divides humanity into factions. I play a woman [Natalie Prior] who doesn’t fit with the group she was born into,” Judd revealed.

“The film is really about the greatest fundamental human longing, which is to belong. But it’s also about that opposing desire to be an individual. That’s a profound tension I can certainly relate to.”