Andrew Garfield is a modern-day superhero. The actor was spotted teaching children with autism how to surf during the Hunter Connect — Surfing for Autism event in Australia on Friday. 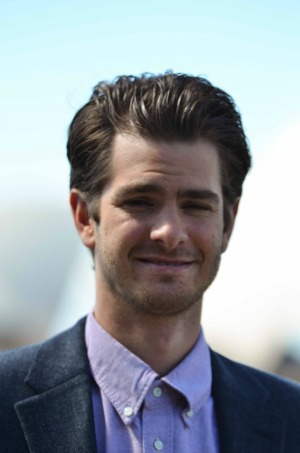 Andrew Garfield has just proven to the world that he is not only a superhero on-screen, but also off-screen, too.

According to the Daily Mail, the actor was spotted in Sydney, Australia, on Friday getting involved in the Hunter Connect — Surfing for Autism event, which teaches children with autism how to surf.

Garfield was not just watching from the sidelines either. He got into the water with his Amazing Spider-Man 2-themed surfboard to help instruct the excited children on how to surf.

And to make it even more exciting for the kids, Garfield was also joined by pro-surfer Joel Parkinson at Bondi Beach.

Do you think Garfield’s generosity was just a publicity stunt? Well, you’d be wrong. Hunter Connect’s Wayne Hampton revealed to MailOnline that it was all Garfield’s idea.

“It was Andrew’s idea to touch base. He was very specific in wanting to do something with a local charity that supported children with autism spectrum disorder in the surf,” Hampton said.

Not only did the The Social Network actor show the world he has a massive heart, he has also showed the world that he has a rather toned shirtless physique. Anyway, back to the good bit.

Garfield’s girlfriend, actress Emma Stone, was also in Australia to promote their forthcoming film, and the actress and her man are probably the most amazing young Hollywood couple around right now. Not only are they both very talented, but they also frequently give back to the community.

However, most recently, Stone impressed us with her reaction to a message for her from Spice Girls star Mel B. During her appearance on Australia 2Day FM’s Merrick Watts and Sophie Monk earlier this week, The Help actress’ eyes welled up with tears and her excitement was visible when she heard the message from her idol.

“Oh, my god, is Mel B talking to me?” Stone said. “Oh, my god, I’m so excited. I’m legitimately crying. I’m the biggest Spice Girls fan ever.”