The crew of Fast & Furious 7 was left devastated by co-star Paul Walker’s death. Now it’s time to get back to work, but Tyrese Gibson has revealed just how hard that is to do. 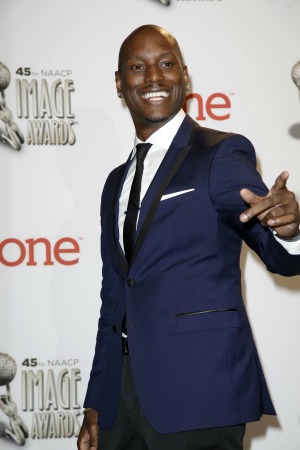 The world was rocked by Paul Walker’s sudden and horrific car accident, which resulted in his untimely death in November. Still, few were as shocked as his co-stars of the Fast & Furious franchise.

The stars had been in the midst of filming Fast & Furious 7 when Walker sadly passed away, and it has been very difficult for the cast to get back on the set after their friend’s death.

However, after halting production in November, the cast is now back at work in Atlanta, Georgia, to finish up what will be Walker’s last film, ever.

So is there a massive void now that Walker is no longer a part of the film or the cast’s lives?

Tyrese Gibson revealed his thoughts to TooFab, saying, “This is the only movie I ever worked on where we are all real close even after the movie is over. It wasn’t just losing a co-star, he was family for real. That’s why it took so long to recover.”

And it’s been very difficult for the cast to get through a day on the set. “God’s grace is all we have,” Gibson said. “Before we start filming we are going to have a strong prayer. That will be the start, before we film anything. That’s what is needed for us to do Fast & Furious 7.”

Walker’s tragic passing forced the movie’s screenwriters to rewrite the ending of the film, and that was no doubt a momentous task that would have changed its entire perspective. Fans will now be eagerly awaiting the release of the illegal street racing franchise and Walker’s last movie.