Are you ready to get this party started? Scooter Braun wants to rock your socks off with a live-action adaptation of Jem and the Holograms. 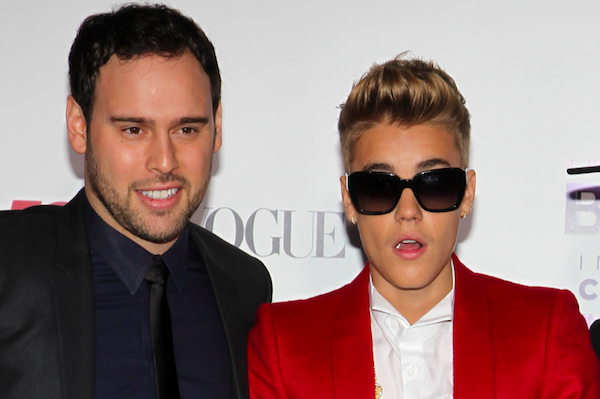 This story will be music to your ears if you grew up in the ’80s. Jem and the Holograms — as in the animated series that ran from 1985-1988 — is heading to the big screen. Three men have joined forces to create a live-action adaptation, and one of them is Scooter Braun.

Braun is best known for being Justin Bieber’s manager, but he’s stepping out on his own. On Thursday, Braun announced that he, producer Jason Blum and director Jon M. Chu are making a “modern-day live-action reinvention of the cartoon.” It will be produced through Braun and Blum’s individual production companies (Scooter Braun Productions and Blumhouse Productions).

Retro cartoons get a makeover >>

According to The Hollywood Reporter, they’re reaching out to fans, looking for suggestions on casting, music and overall design. In other words, they want to make it a real community project. The original Jem and the Holograms centered on a young woman named Jerrica Benton who had a rock-star alter ego called Jem. She fronts a band called Jem and the Holograms, and it enjoys worldwide fame and success.

PLAYLIST: ’80s songs that should be on the soundtrack >>

The producers claim that the film is “for a whole new generation with themes of being true to who you are in a multitasking, hyperlinked social media age.” Jem and the Holograms will be directed by Chu, who previously helmed Justin Bieber: Never Say Never and Justin Bieber’s Believe, as well as Step Up 2: The Streets, Step Up 3D and G.I. Joe: Retaliation.

Do you want to see a Jem and the Holograms revival?