This isn’t going to be a private split nor an amicable split. Johnny Weir and his estranged husband battle it out on social media. 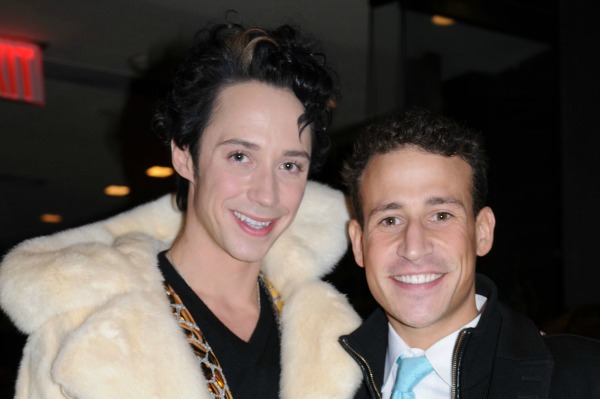 Johnny Weir announced his split from husband Victor Voronov via Twitter on Wednesday. It doesn’t look like the two estranged spouses are going to stop the endless social media spat anytime soon.

On Thursday, more tweets were sent out to their followers as Weir told his side to Billy Bush, host of Access Hollywood, and Voronov hired a legal crisis manager to handle his affairs.

From the messages being sent out today, the marriage is over and no reconciliation is planned on either side. It started off rather nicely with the former Olympian‘s tweet about love.

No matter what, I am a cheerleader of love and partnership and creation. I am sad yet I am thankful that I was loved and that I could love.

The NBC commentator then confirmed he will be talking about it publicly with Bush.

Thankful to share my story with my friend @billybush for tonight's @accesshollywood. This is the only interview I'll give about my divorce.

On the other side of the fence, Voronov not only unlocked his private social media account, but he expressed how stunned he was by the divorce announcement.

https://twitter.com/Vweirvoronov/statuses/446490619716722688
The lawyer then added the shocking news that a divorce had been in the works for months, unbeknownst to him.

https://twitter.com/Vweirvoronov/statuses/446706467995791361
If that wasn’t enough, Weir’s mother, Patti Weir, jumped into the fray with a cryptic tweet late on Wednesday.

https://twitter.com/pattimooreweir/statuses/446287054641856512
According to TMZ, the couple do not have a prenup agreement, so it could be an ugly battle in the upcoming divorce proceedings.