Can you be a student on Inside the Actors Studio and eventually become famous? Louis C.K. doesn’t think so, but Bradley Cooper proved him wrong. 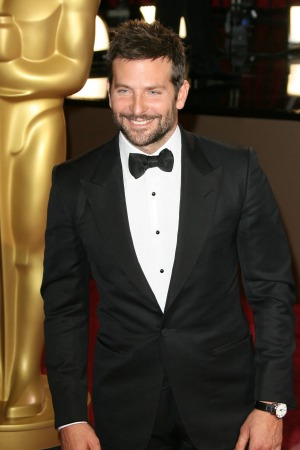 Sorry, Louis C.K, you are definitely wrong on this one. In a trending post on BuzzFeed, the site points out a 2009 interview the comedian did with The Stephen Merchant Show where he pontificates about the Bravo TV show Inside The Actors Studio.

He shared, “You know when an actor stands up one of the people in the audience and says ‘I am an actor, what can I do?’ and asks Sean Penn or whoever ‘What can I do to reach your level of whatever?’ And you just wanna say ‘That’s it! You never will be famous.’ There’s no way you ask Sean Penn and question and then you’re going to be huge.”

Perhaps that theory holds true for a majority of the students sitting in the studio audience, but Bradley Cooper is proving him wrong. In 1999, the two-time Oscar-nominated actor asked a question of Penn himself.

Cooper said, “My name’s Bradley Cooper and I’m a second-year actor. My question is regarding Hurly Burly. What was it like to revisit a character, Eddie, after a 10-year hiatus? Did you have new discoveries? Did you find it was a new approach because you had already done this character before?”

Fast-forward to 2013 and guess who is starring in David O. Russell’s acclaimed film, American Hustle: Louis C.K. and Cooper. The clip goes on to show off one scene where Cooper’s character is attacking Louis’ in a rather suggestive manner.

Thanks to the internet, you never know who’s going to dig up your old interviews. Perhaps the comedian is ready to put his theories to rest for a while.