Rumors that the Kurt Cobain death case would reopen have been debunked by the Seattle police. 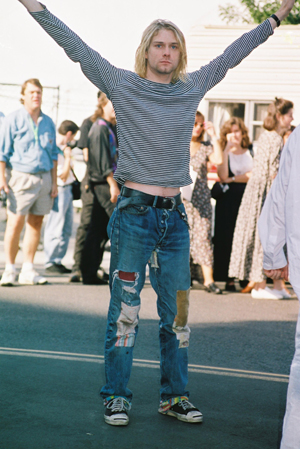 Reports surfaced recently that the case into Kurt Cobain‘s death was going to be reopened by authorities, but Seattle police have slammed the rumors on Thursday, March 19, saying it isn’t so.

When a report from Seattle radio station KIRO 7 claimed that police would be reexamining the Cobain case, the news spread like wildfire, The Washington Post claims. The station prompted listeners to tune in to that night’s news at 11:00 p.m. for more information, saying that police had obtained certain new photographs related to the case.

KIRO later tweeted messages about the news and said a detective on the case told the station’s managing editor he had reopened the case himself. After that, the news made it to Gawker, Fox News and others, causing an avalanche of tweets in response.

However, police have now confirmed that the reports were indeed just rumors and a case reopening is not happening at all.

“No, we have not reopened the Kurt Cobain case,” Police spokeswoman Detective Renee Witt told The Washington Post.

How Kurt Cobain and Nirvana were nominated for a Grammy >>

A detective from the cold case division was examining the details in the Cobain case files because the anniversary of the singer’s suicide is next month, Witt added. In the files, the detective found some old undeveloped film that contained already released photos, but in better quality.

“No change, no developments, no new leads,” Witt continued, and said that all the reports claiming that the case was going to be reopened were “very, very incorrect.”

Kurt Cobain dedication a bridge too far for Washington town >>

Meanwhile, Gawker has changed their article to say the case was being reexamined and not reopened, while Fox news still hadn’t changed its reporting as of The Washington Times‘ posting time.

The photos acquired by the cold case detective may be later posted on the Seattle Police Deparment’s blog.