Justin Bieber and Selena Gomez appear to be back together, but maybe it’s only a business relationship. 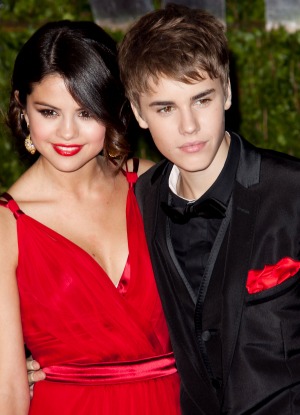 After years apart, it looks as though Justin Bieber and Selena Gomez may have finally realized they are meant for each other. Bieber never let Gomez go, and has been talking (pretty constantly) about his ex-girlfriend since they broke up, but Gomez appeared to have left Bieber behind.

Justin Bieber & Selena Gomez: Is sex with the ex a good idea? >>

But now that they are hanging out again, it looks like they may have a future in mind with each other. That future may not just be romantic, but could also be professional.

“The duo hope[s] that hitting the road will repair their battered images,” a source reportedly told Star magazine.

Although the magazine is hardly a solid source, they may be on to something. The couple was spotted a few weeks ago at SXSW, and a video leaked of them performing a very steamy dance in a Texas dance studio.

The owner of the dance studio told Hollywood Life that the Biebs and Gomez “were together then and they seem together now. They were practicing a dance together, so what do you think?”

The video sparked speculation that Bieber and Gomez were again a couple, but it could also signify that they are preparing to be on the road together.

“Ticket sales would be through the roof, and they desperately need the positive publicity after Justin’s bad-boy behavior and Selena’s stint in rehab,” the magazine explained.

The dance video came only days after Bieber posted a photo of Gomez on his Instagram page with the caption, “Most elegant princess in the world.”

No matter what the reason, Justin Bieber and Selena Gomez are definitely in each other’s lives again, and Gomez may be here to stay this time.