Juan Pablo Galavis and his Bachelor winner Nikki Ferrell got off to a very controversial start after the show’s finale. Now it looks like the pair is seeking relationship advice. 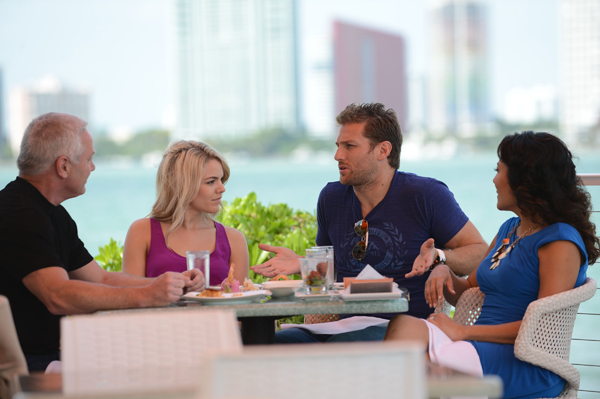 After a surprising ending to The Bachelor‘s latest season where Juan Pablo Galavis didn’t propose to his final choice, Nikki Ferrell, the couple reportedly already went in for some relationship counseling.

Galavis and Ferrell’s odd relationship seemed doomed after the infamous bachelor refused to say “I love you” to his final pick. Most fans didn’t think they’d make it at all. But now, the controversial reality couple allegedly went to see WE tv’s Marriage Boot Camp counseling pair Jim and Elizabeth Carroll, Us Weekly reported.

Galavis and Ferrell could be in trouble, but it looks like they may be trying to work things out. Unless the duo is just trying to appear in another reality show together, the lovebirds are apparently trying to make it work. However, while the new Bachelor couple is not actually going to star on this season of Marriage Boot Camp, they have not ruled out working with the show at a later time.

Meanwhile, the Carrolls detailed their conversation with Galavis and Ferrell, revealing that they believe the duo is thinking about marriage. But, they also said they may run into some relationship issues as well.

Jim said that Galavis “is a very strong leader, he’s masculine, he doesn’t like to compromise a whole lot, and he’s got a good value system.” On the other hand, Ferrell is very “nurturing, sympathetic, and she’s more feminine in her values.” Jim added that with this combination of personalities, the stronger one, which is Galavis, “would run over somebody like Nikki, if Nikki doesn’t have good boundaries.”

But, Elizabeth added that contrary to what most fans believe, Galavis is not afraid of commitment.