Chris Brown just can’t stay out of trouble. So is trying to buy his way out of jail time his last resort? 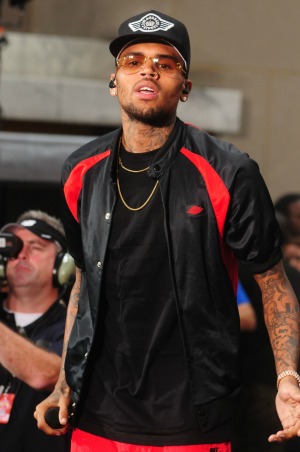 Things in Chris Brown’s life have certainly been better than they are now. In fact, things appear to be going from bad to worse for the singer, and he’s now going to find himself spending some time in jail — unless he can buy his way out.

Brown was on probation for his assault case stemming from when he beat up his then-girlfriend Rihanna in 2009, and because he is on probation he is legally required to follow certain laws, which he has not been doing.

The “Turn Up the Music” hit maker kept getting into trouble with the law, and finally his probation ended up being revoked, which resulted in an arrest for assault.

Brown has already been kicked out of rehab twice, most recently from a Malibu, California, rehab facility on Monday for his comment during a group therapy session when he admitted, “I am good at using guns and knives.” Scary!

And so it seems the last resort is for the law to throw him in jail. With a trial date fast approaching for Brown’s Washington, D.C., assault case, he could even find himself headed to prison.

However, according to The Hollywood Gossip, the singer may be able to buy himself out of jail because of his top lawyer, Mark Geragos, who has been in contact with the lawyer of the man who Brown was involved in an altercation with in Washington, D.C.

So how will this help Brown? Well, apparently he is offering the man a hefty sum of cash to drop all of the charges and this could result in Brown once again having his probation reinstated.

What could possibly happen next?