MTV may bring back the stars of the hit series Teen Mom, but if it intends to do that, then the other ladies do not want Farrah Abraham to be a part of the reunion… or else. 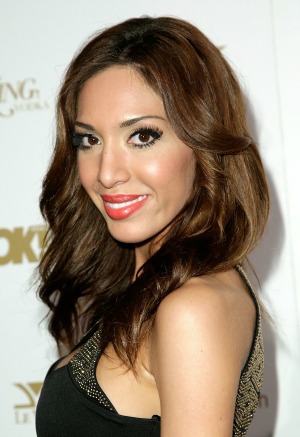 The stars of the hit MTV series Teen Mom have not been without their fair share of problems. However, it appears there’s one star the other ladies just cannot bear to be associated with anymore, and that’s Farrah Abraham.

MTV producers enjoyed success when they aired catch-up specials featuring the lives of Abraham, Catelynn Lowell and Amber Portwood last month, and there is talk that the show’s producers plan to bring back the series.

However, if they do, they will have to make a choice to either cut the Backdoor Teen Mom star from the series or the other ladies.

According to Us Weekly, Lowell, Portwood and Maci Bookout are demanding that the producers cut Abraham from the show. So why are the other stars so desperate to have her gone?

“They don’t want their kids on a show where someone’s talking about sex toys,” the source revealed.

So would MTV consider axing Abraham? She does get a ton of attention for whatever she does, and that must mean better ratings.

“They would definitely consider dumping Farrah to get the other girls,” the source added.

However, we’re not sure Abraham would mind too much. She already has two sex tapes, a sex toy line, a book and a new music video titled “Blowin'” under her belt. Does she even belong on Teen Mom anymore?

Not to mention her most recent reality TV appearance on Couples Therapy, where she was famously the only single cast member to star alongside other personalities, including Jon Gosselin and Taylor Armstrong.

It doesn’t seem she cares about the series anyway. “I have my own life,” she told the mag.

We’re not sure what Abraham will be doing with that life in the future, but it seems that starring on a Teen Mom reunion will not be a part of it.