Farrah Abraham is back with a new single titled “Blowin'”, and no, she’s not singing about her two sex tapes. 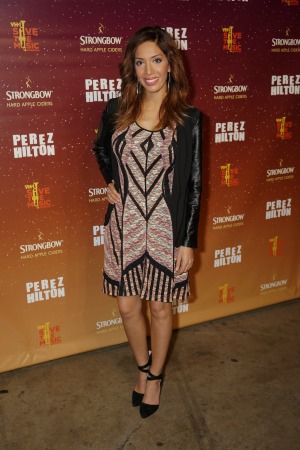 However, the star’s music video is not getting the rave reviews we’re sure she’d hoped for. Instead, she has become somewhat of an internet joke.

It’s no secret that Abraham has gathered up quite a few haters for her bizarre behavior over the years. So we guess that’s why she decided to address them in her new single, with the lyrics declaring, “Gotta get that air, that breeze, that wind I need, I’m blowin’ these bullies away.”

Given her sex tape, we’re not sure she used the right word (blowin’) to get rid of her haters, but hey!

However, even stranger than her lyrics is the reality TV star’s music video. It includes her daughter Sophia, 5, and then switches over to her having drinks with her friends and taking selfies with fans. It also shows all of her negative comments on Twitter instantly turning into positive feedback. Wishful thinking, perhaps?

If no one else is impressed with Abraham’s new single, then she surely is. She took to Twitter on Tuesday to express her new, positive outlook, tweeting, “Cheers to living happily! #BLOWINALLTHEBULLIESAWAY.”